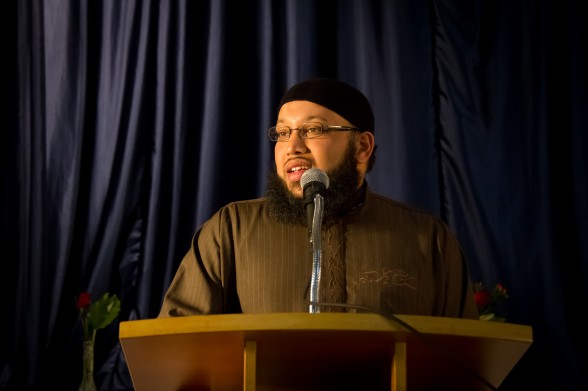 Muslim Canadian youth are blessed with a bright future filled with opportunity, according to Imam Sikander Hashmi, who delivered the keynote address at the Olive Tree Foundation’s Annual Awards Ceremony on Sunday, June 23 in Toronto.

“Allah has blessed each of you with so many strengths and opportunities,” Imam Hashmi told the audience. “Please do your best to use them in the best way possible, with the intention of pleasing Allah – not only will you help in creating a better world, you’ll also build yourself a better life in the Hereafter, Insha’Allah.”

“Our job is to try our best and then leave for Allah the rest.”

Imam Sikander Hashmi is the Imam of the Islamic Society of Kingston and a well-known Canadian Muslim leader.  He delivered his keynote address at the Awards Ceremony held at the Islamic Institute of Toronto in Scarborough last Sunday. 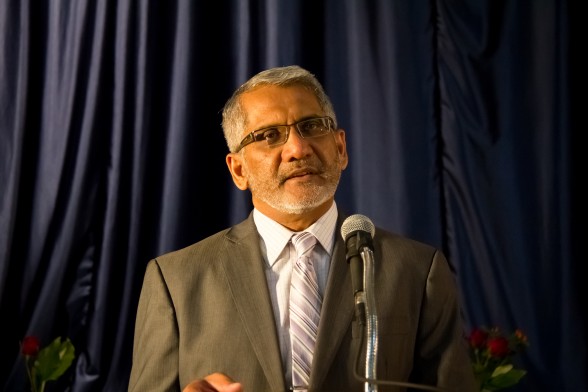 “The Olive Tree Foundation is a socially conscious public foundation (Waqf) that has gained increasing prominence for its support of youth and youth projects within the Canadian Muslim community,” said Muneeb Nasir, President of the Foundation.

The theme of the awards ceremony was ‘Lighting the Future: Building a Better World for our Youth’ and was a celebration of youth achievements.

A number of youth groups and collectives were in attendance at the event and showcased their activities with display booths.

“We can support youth initiatives in our community, not just with words and occasionally, but by putting in place supports that can place youth projects on firm footing,” said Muneeb Nasir.

“Today, we’re unveiling a designated Youth Endowment Fund so that youth projects can have sustainable funding,” he added.

In his inspiring keynote address, Imam Hashmi asked the students to be proud of their Canadian identity and to appreciate the values of Canadian Citizenship.

“As Muslims, as Canadians, and especially as young Canadian Muslims, we are just so blessed,” noted Imam Hashmi.  “And yes, we are proudly both and there’s absolutely nothing wrong in being a Muslim and a Canadian at the same time — there should be no confusion in this.”

“When you get a chance, study the values of Canadian citizenship. You will find them to be in total harmony with Islamic teachings,” he advised.

The Imam went on to ask the young people to think of Canada’s Muslims as being an integral part of the country.

“Allah has made us the people of this beautiful country, since before it was formed,” said Imam Hashmi.  “The first documented Muslims in Canada came in 1854 – they were James and Agnes Love.”

“The first Muslim child born here was James Loves Jr. So Muslims are Canadians just as much as anyone else.”

Freedoms enjoyed by Canadians were another theme addressed by Imam Hashmi.

“Allah has blessed us so much that we are living better than the vast majority of people on the planet,” he said. “Here, we have freedom – to practice faith freely, associate freely, build mosques and Islamic institutions, dress the way we like, express ourselves freely, believe and think in what we want freely, invite people towards Islam.”

“We have opportunities to learn, to seek knowledge, even sacred, Islamic knowledge, and to promote education, as we are doing today,” he added. 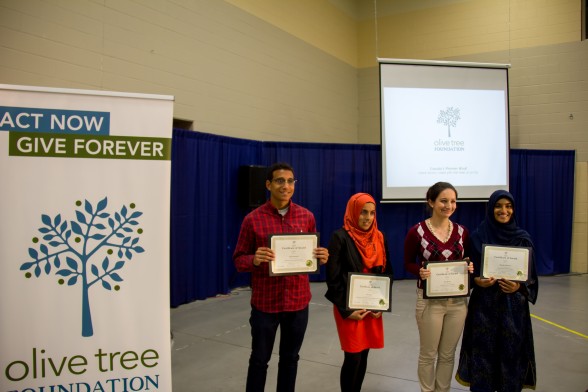 The winners of this year’s Olive Tree Foundation’s awards are:

Prior to the Awards presentation, Saad Amjad, the recipient of last year’s Youth Action bursary, spoke of the value of being recognized by the community. 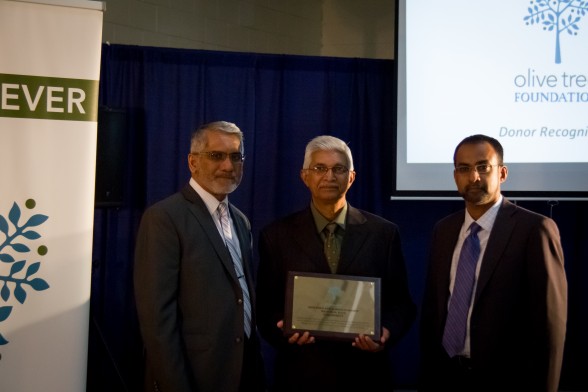 Another highlight of the afternoon ceremony was the Foundation’s recognition of three of their early endowment donors.

“Donors who started the first endowments had the foresight to plant the seed,” said Muneeb Nasir. “They are giving a perpetual gift that will be a lasting legacy for them and their families.”

In his keynote remarks, Imam Sikander Hashmi told the young people that they should choose the best options from the wide spectrum of choices being offered to them.

Imam Hashmi cautioned the youth to seek guidance from credible and reputable advisors who they can ‘meet and speak to publicly.’

“I also encourage you to seek advice and guidance from known elders, scholars and leaders in the community, those you can meet and speak to publicly and who are known as being reputable,” he said. “They have experience and wisdom, you have energy and fresh ideas. Combined, these can do wonders.”

“Beware of those elders, leaders, scholars who you only find online and know very little about, or those who operate secretly and regularly speak ill of others.”

Imam Hashmi concluded his remarks by encouraging parents and community members to recognize the potential of young people.

“For the parents, family members and community members here today, we know that our young people are our future. The prosperity and well-being of our community lies on their shoulder.” 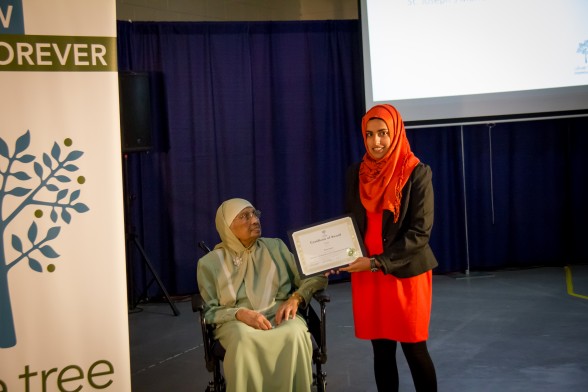 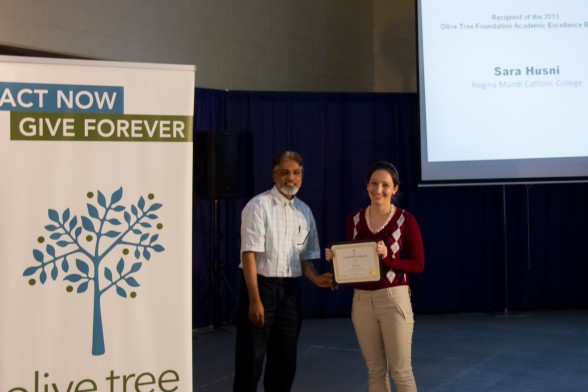 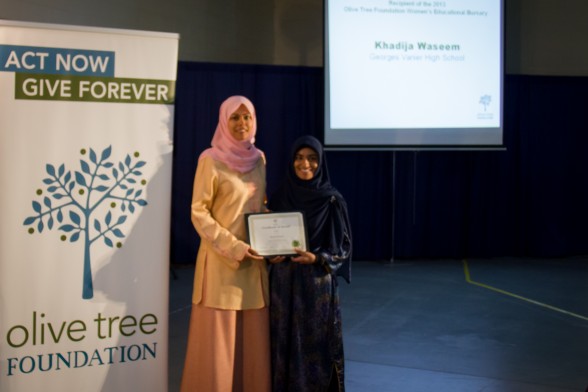 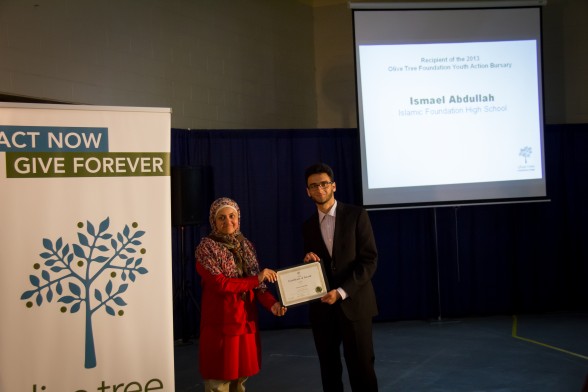 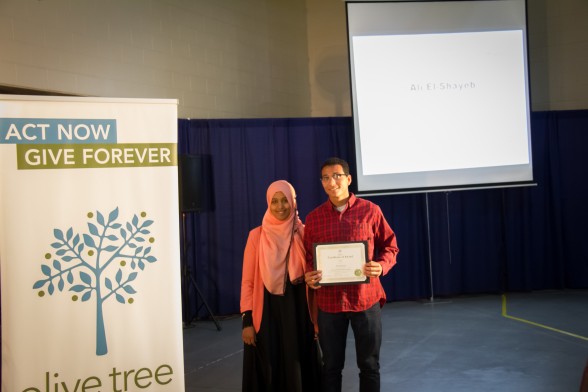 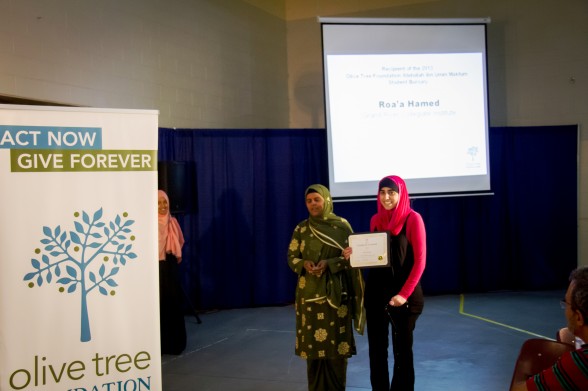 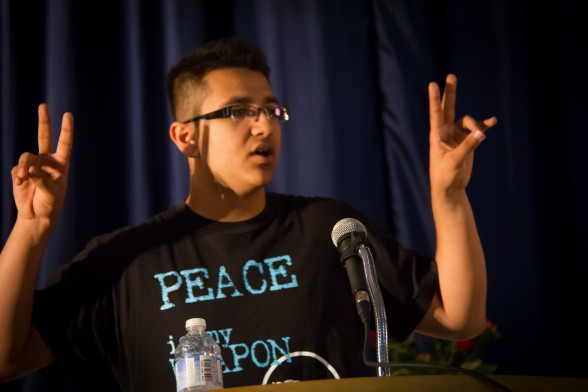 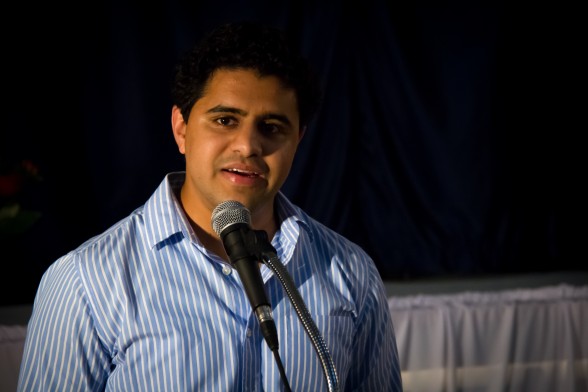 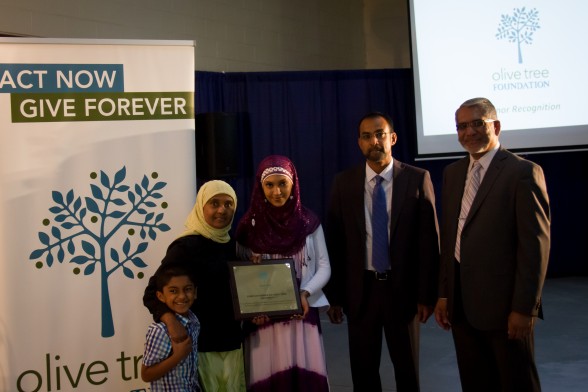