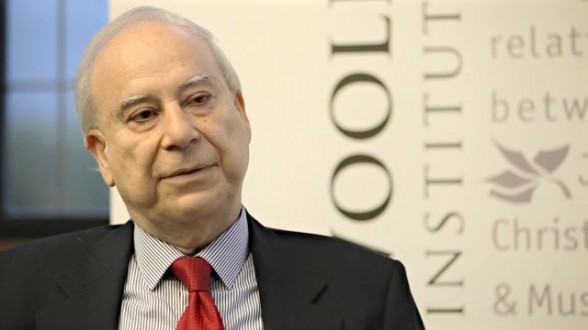 (October 23, 2013) – The outrageous killings at the Westgate shopping mall in Nairobi, Kenya and the All Saints Church in Peshawar, Pakistan last month once again prompted legitimate questions about what can be done to stop terrorist violence. While many commentators instinctively pointed to an Islamic motif in the attacks, the perpetrators themselves gave very little evidence that Islam was the basis.

By mistakenly focusing on religion as a cause, we risk missing the opportunity to focus on real root causes that could help us to reduce such acts of terrorism in the future.

In the case of the Pakistan attacks, a splinter group of the Taliban in Pakistan gave a statement saying that their actions were in retaliation to American drone strikes. And Al-Shabab, a militant group which emerged in southern Somalia in the aftermath of the deadly Somalia civil war, put out a statement saying that their attack in Nairobi was in response to the Kenyan invasion of Somalia.

Such violence, especially against innocent victims, is never justified. But understanding the motivations is important in order to work to stop future attacks.

Only by understanding the reasons behind the violence and the nature of the society from which the violence emerges can the world work to bring these conflicts to an end. By misunderstanding root causes, governments could instead make matters worse.

In my latest book The Thistle and the Drone: How America’s War on Terror Became a Global War on Tribal Islam, I examined forty case studies of tribal societies across the Muslim world, from Morocco to the southern Philippines. I found that violence is most often stoked by the structural breakdown between the decision-making centres in each country and the often marginalised periphery, and traditions of tribal revenge. While religious rhetoric has been abused to mobilise support, Islam has little or nothing to do with it.

After the departure of the European colonial powers in Pakistan, Kenya and other former colonies in Africa and Asia in the mid-20th century, many tribal communities found themselves marginalised and even brutalised in the newly created modern states. They struggled for decades to preserve their identity, culture and independence.

Tribal society in Pakistan and elsewhere operates to preserve law and order by relying on traditional pillars of authority determined by tribal lineage and religious leadership. The historical conflict between the centre and the periphery spiralled out of control when largely autonomous Waziristan became a theatre of war after the invasion of the Pakistani military and the introduction of US drones both in 2004. Traditional pillars of society were challenged and sometimes even destroyed by a combination of military attacks, drone strikes, suicide bombings and tribal rivalries.

By their attacks on innocent people in malls and churches, these groups have violated a basic tenet of Islam found both in the Qur’an and the teachings of the Prophet Muhammad. The killing of innocent people – especially women and children – is categorically forbidden in Islam.

Drone attacks almost exclusively affect Muslim tribes with strong codes of honour and revenge —tribes living on the border of Afghanistan and Pakistan, in Yemen, Somalia and southern Philippines. For these tribes, this kind of warfare is dishonourable, particularly when women and children are killed in the strikes. With the inability to strike back against the drone, we are seeing more and more strikes on markets, churches and mosques claiming to be in retaliation. The anger is directed not only at America, but also at local governments who they see as allowing these attacks to happen, and who are largely unaffected by them.

If tribal revenge, rather than Islam, is at the root of the actions of these groups, then we are missing an opportunity to address root causes as part of the solution. In order to work toward lasting peace in these troubled areas, we must have a true understanding of the motives behind the violence which produces such tragic outcomes. And, no less than knowledge, we must have compassion for those that suffer in these conflicts in all communities involved.

Considering the age we live in, and keeping Nairobi and Peshawar in mind, we must strive for the great Jewish saying: tikkun olam – to heal a fractured world.

* Ambassador Akbar Ahmed is the Ibn Khaldun Chair of Islamic Studies at American University in Washington, DC and author of The Thistle and the Drone: How America’s War on Terror Became a Global War on Tribal Islam (Brookings Press 2013). This article was written for the Common Ground News Service (CGNews).