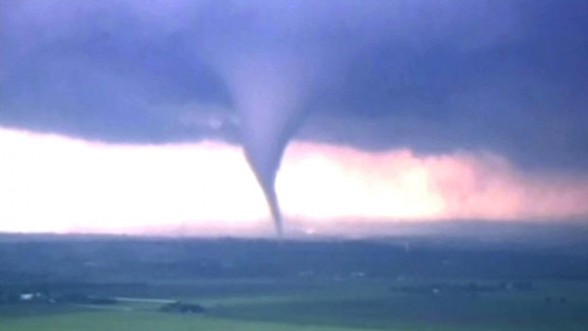 (May 22, 2013) – While Muslim teams have been deployed to help those in need, US Muslim leaders have appealed to the sizable minority to join efforts to aid victims of a devastating tornado in Oklahoma that wiped whole blocks of homes and killed scores.

“Our hearts go out to the victims’ families, and especially to the parents of little children who lost their young lives in this natural disaster,” said Imam Mohamed Magid, President of the Islamic Society of North America (ISNA). “We stand by the citizens of Moore in their effort to rebuild their lives.”

At least 24 people have been killed after a massive tornado ripped through the Oklahoma City suburb of Moore.

Trapping victims beneath the rubble, the deadly storm destroyed hundreds of homes and businesses, wiped out two schools and a hospital and left at least 237 people injured, including many children.

Emergency workers have pulled more than 100 survivors from the rubble of homes, schools and a hospital.

ISNA has called on Americans to offer aid to those in need of emergency assistance and to make generous contribution to relief efforts through national relief organizations.

The National Weather Service upgraded its calculation of the storm’s strength on Tuesday, saying it was a rare EF-5, the most powerful ranking on the Enhanced Fujita Scale, with winds exceeding 200 miles per hour.

“The people of Moore should know that their country will remain on the ground, there for them, beside them, as long as it takes,” Obama said at the White House. “Our prayers are with the people of Oklahoma today.”

The United States has more than 1,000 tornadoes every year, and only 1 percent of those ever reach EF-5 strength.

Islamic Relief’s Disaster Assistance Response Team (DART) is on the ground and helping those devastated by the tragedy.

Islamic Relief is working closely with the American Red Cross and local authorities to ensure aid reaches those affected in a timely manner.

Meanwhile, the Islamic Circle of North America (ICNA)’s Relief has also activated its disaster response team which is set for immediate deployment in the area.

“We are saddened at the loss of so many lives including many children caused by this tornado,” said ICNA President Naeem Baig. “Our thoughts and prayers go out to the families who have lost their loved ones in Oklahoma today.”

The Council on American-Islamic Relations (CAIR), the nation’s largest Muslim civil rights and advocacy organization, also urged Muslims and Americans of all faiths to pray for the victims and their loved ones.

“We ask Muslims in Oklahoma and throughout the United States to pray for those impacted by this disaster and to do whatever they can to offer material assistance to the survivors,” said CAIR National Executive Director Nihad Awad.

“It is at times like this that we must come together as a nation to help those in need.”

Awad said the home of CAIR’s Oklahoma chapter board chair, Saad Mohammed, was destroyed while his family sought shelter from the tornado in a closet. No one in the family was injured.