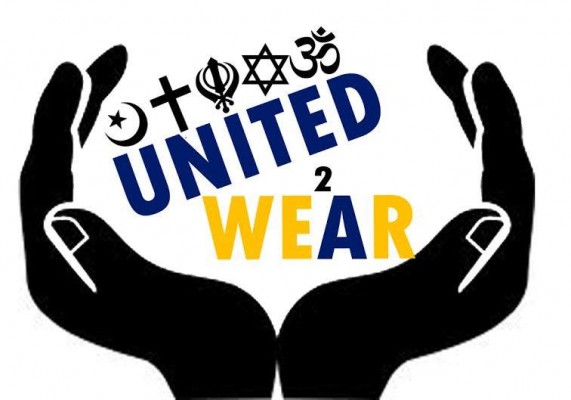 (December 17, 2013) – On December 10, community activists, leaders, politicians, and faith communities came together at Queen’s Park to acknowledge UN Human Rights Day and launch the United2WEAR campaign to speak out on the issue of religious attire.

United2WEAR stands for “United We Wear” and “United We are” together.

The event was also an opportunity to reflect and pay tribute to Nelson Mandela and his lifelong dedication to human rights.

“Far too often religious communities are being targeted with negative stereotypes, it’s time we spun things in a positive direction and stood together on an issue that affects us all,” said one of the event organizers.

The program, which was organized by local community activists in partnership with human rights groups and faith leaders, coincided with the UN designated International Human Rights Day.

The event signified “peace, faith and unity” that the group is trying to promote.

In line with the UN’s Human Rights Commission, individuals attending the event were asked to wear their headpieces or other forms of attire in yellow or blue.

The event began with an opportunity for members of the Legislature and interested attendees to have a Sikh turban or a hijab tied on them.

The formal part of the program commenced with a welcome by one of the organizers of the campaign followed by a tribute to Nelson Mandela and the principles he stood for, with respect to human rights and freedom, rights and dignity for all. 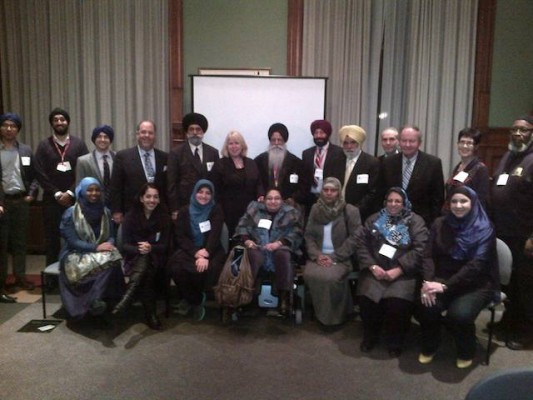 Following the tribute, the event continued with remarks from representatives of each of the provincial political parties.

Remarks were given by the Minister of Health and Long Term Care and Deputy Premier, the Honourable Deborah Mathews, MPP Jagmeet Singh, MPP Todd Smith and MPP Monte Kwinter.

MPP Kwinter was instrumental in moving a motion on religious freedom in the Legislature that passed unanimously on September 19, 2013 reaffirming Ontario’s commitment to ensure that individuals can wear religious attire and choose to express themselves and their faith in Ontario.

Also in attendance were the Minister of Housing and Municipal Affairs, the Honourable Linda Jeffrey.

Following these remarks, representatives of Faith communities shared their experiences and the impact of denying individuals the right to wear their religious attire.

The program included a powerful piece of spoken word by 16-year-old Nasim Asgari, a spoken word artist and performer at “Speak out” in Toronto.

The event concluded with a request from the organizers to continue the conversation using this multi-faith approach to create a “united front” to wear the attire of our choice and to ensure that this right remains one that we have in Ontario and across Canada.

Community members are encouraged to join the conversation for a more in-depth roundtable discussion planned for January.

For more information and to remain in the know, visit or join the Facebook page at www.facebook.com/united2wear.