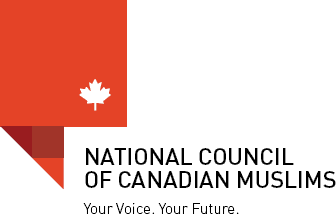 (July 20, 2013) – A prominent Canadian Muslim civil liberties organization, the Canadian Council on American-Islamic Relations (CAIR.CAN), has recently been re-launched under a new name to better reflect its Canadian heritage and to be a prominent voice for the country’s diverse Muslim community.

“As of July 6, 2013, CAIR.CAN will be known as the National Council of Canadian Muslims (NCCM) or the Conseil National des Musulmans Canadiens (CNMC),” Amira Elghawaby, Human Rights Coordinator of NCCM, told IQRA.ca.

“For 13 years, CAIR.CAN has had a successful track record as a grassroots advocate for civil liberties and civic engagement and for mutual understanding between Canadian Muslims and their fellow citizens,” said Elghawaby. “CAIR.CAN felt that we needed to look to the future – far ahead in fact – to meet the growing needs and aspirations of Canadian Muslim communities from coast to coast.”

Founded in 2000, CAIR.CAN was modeled after the Council on American-Islamic Relations (CAIR) in the United States which has distinguished itself as a pioneering civil liberties advocacy organization for American Muslims.

However, the CAIR.CAN felt it was time for it to reflect its Canadian roots and brand itself as an organization that is a leading voice for the country’s Muslims.

“This change represents a natural evolution for the organization,” said NCCM Board Chair Kashif Ahmed. ”Our new name better reflects the Canadian heritage and focus of the organization as well as its ongoing vision to be a leading voice that enriches Canadian society through Muslim civic engagement and the promotion of human rights,”

Since coming on the scene 13 years ago, CAIR.CAN has been a leading civil liberties group advocating for Canada’s Muslims and has been known for promoting civic engagement and mutual understanding between the nation’s Muslims and their fellow citizens.

While the organization is re-branding itself under a new name, its vision, mission and work will remain the same, according to NCCM Executive Director Ihsaan Gardee.

“We remain the same organization our constituents and partners have come to rely on to represent a broad and diverse spectrum of Canadian Muslims,” said Gardee. ”Under our new name, we will both continue and widen our work as successful advocates for civil liberties and champion the role of diverse communities in upholding Canadian pluralism.”

Over the next few months, NCCM is hoping to redouble its efforts to engage with Muslims across the country.

“NCCM will be working diligently in the coming days, weeks and months to engage and work with local Muslim communities across Canada on issues of human rights and civil liberties, active citizenship, anti-discrimination efforts and overcoming Islamophobia,” Amira Elghawaby, Human Rights Coordinator of NCCM, told IQRA.ca.

“We are committed to expanding our services and listening to and working with mosques, Islamic centres, and community associations to ensure that the concerns of Canadian Muslims are given a fair hearing on the national stage.”