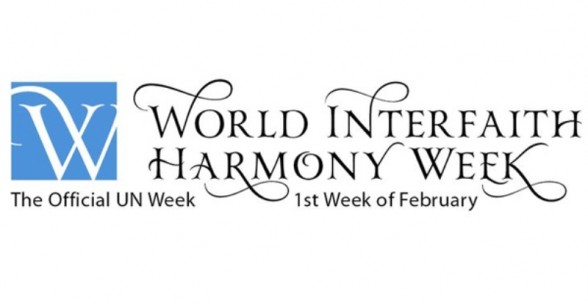 Toronto will be observing World Interfaith Harmony week for the first time during the first week of February.

The World Interfaith Harmony Week was proclaimed by the United Nations General Assembly in October, 2010 as a way to promote harmony between all people regardless of their faith.

“Toronto is one of the world’s most diverse cities in the world, and it is a perfect place to put these principles to work,” John Voorpostel, Chair of the Toronto Steering Committee organizing the week’s activity, told IQRA.ca. “This is why the theme of our first year’s celebration of this week is ‘Looking for Ways to Work Together’.”

In the 2010 resolution, the UN General Assembly pointed out that mutual understanding and inter-religious dialogue constitute important dimensions of a culture of peace.

The idea for this week of dialogue was brought to the United Nations by H.M. King Abdullah II of Jordan in September 2010 and, in less than a month, it was unanimously adopted by the General Assembly.

“It grew out of the Common Word initiative that, in the first instance, extended this philosophy of learning and understanding and reconciliation outwards to all faiths,” said John Voorpostel.

The Common Word initiative, which started in 2007, called for Muslim and Christian leaders to engage in a dialogue based on two common fundamental religious Commandments: Love of God, and Love of the Neighbour.

The World Interfaith Harmony Week provides a platform—one week in a year—when all interfaith groups and other groups of goodwill organize common events to showcase what a powerful movement they are.

In it first year in 2010, there were 200 registered interfaith events held in over 40 countries, all organized in little over 3 months.

A number of events are planned for the inaugural year of the World Interfaith Harmony Week in Toronto.

“On February 1, 2013, the Toronto branch of the Islamic Supreme Council of Canada is hosting ‘Celebrating Interfaith Culture’, an evening that will bring people of various faiths together to dine and experience an evening of music, chant and poetry,” John Voorpostel told IQRA.ca.

“The week will culminate on February 7 at the Japanese Canadian Cultural Centre when 10 faith leaders will speak about their faith, their interfaith experience, and what they would like to accomplish or offer up to the interfaith community in 2013,” he added.

John Voorpostel is encouraged by the response from religious groups and interfaith communities.

“Those we have reached react favourably, and the interfaith community is excited,” he said. “It is a first in Toronto, and everyone we speak to understand the importance of getting to know one another better.”

“It is our hope to reach more and more faith communities in the coming years.”