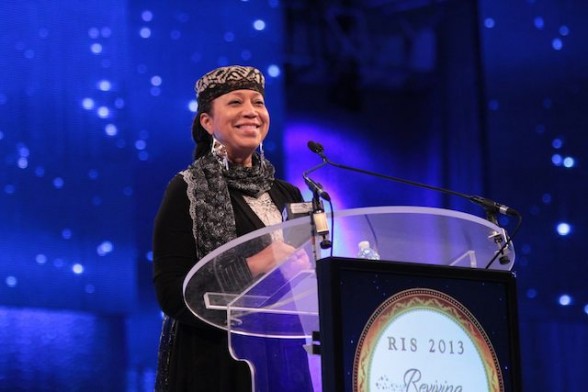 For over 20,000 Muslim visitors this year, the Reviving Islamic Spirit convention has offered them a special cocktail of inspirational speech from renowned Muslim speakers, sending an out loud message of personal, communal and environmental change.

“Muslims are meant to be people of high aspirations,” British scholar, Sheikh Zahir Mahmood, told the audience on the second day of convention on Saturday, December 28. “Don’t let anything bring you down.”

In a joint session, Dalia Mogahed, a Senior Analyst and Executive Director of the Gallup Center for Muslim Studies, and Dr. John Esposito, a well-known Professor of Religion and International Affairs at Georgetown University, discussed the growing Muslim presence in North America.

“Muslims are a vital organ in the body of society and not a benign cancer,” said Dalia Mogahed.

“Real challenge for the Muslim community is to strategize their resources,” Dr. John Esposito added.

In another highly anticipated presentation, Dr. Seyyed Hossein Nasr spoke on the topic, ‘Sacred Science and the Environmental Crisis.’

“The environmental crisis is the result of the application of modern science,” said Dr. Seyyed Hossein Nasr. “Modern science does not deal with the nature of things as they are.”

“Modern science is based on the negation of all levels of reality,” he added.

Seyyed Hossein Nasr, currently University Professor of Islamic Studies at the George Washington University, Washington DC is one of the most important and foremost scholars of Islamic, Religious and Comparative Studies in the world today.

“The goal of science, as applied, is power,” Dr. Nasr noted. “The goal of Islamic sciences is the perfection of the human soul.” 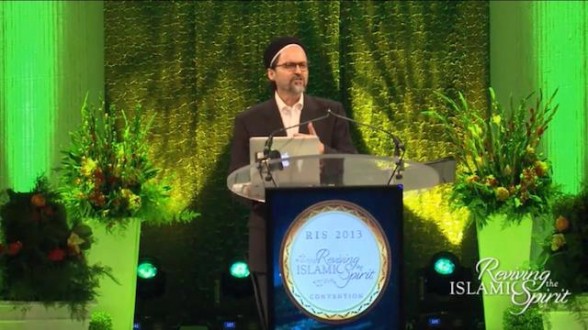 The event, running from December 27 through December 29, is held in the heart of downtown Toronto at the Metro Toronto Convention Center, next to the iconic CN Tower.

The convention has become a staple in Toronto’s downtown core during the Christmas holiday season, adding a boost to the local economy.

Personal Development
Throughout the day, a number of lectures dealt with personal development of Muslims, especially youth.

“When we don’t forgive negative emotions, we experience darkness and constriction in our hearts,” advised Sheikh Mokhtar Maghraoui of Al-Madina Institute, a well-known scholar in North America.

“If we are distanced from the source, then we cannot drink from it,” he said. “Get out of darkness.”

Speaking on the topic of ‘Respecting Others’, Ambassador Shabazz, eldest daughter of the late Malcolm X Shabazz, commended the youths who started the convention 12 years ago and for providing an open platform and space for all peoples.

“You don’t have to be Muslim to benefit from the spirit of Islam,” she said. “In Islam, our definition of brother should never mean other.”

In a poignant moment, Ambassador Shabazz read excerpts from her father’s letter after his life-changing trip for the Hajj.

“Stand for something, respect yourself and do it by any means necessary,” she said in her parting advise.

In his lecture, Professor Tariq Ramadan urged the convention goers to be proactive in getting to know their society and fellow citizens.

“Don’t victimize yourself and tell people they should know about Islam,” said Professor Ramadan. “Muslims need to know the people.”

In the final session of the day, the well-known American Islamic scholar, Sheikh Hamza Yusuf, held the attention of the convention with his lecture on the topic, ‘When Worlds Wither: Guidance in the Latter Days.’

“I’m amazed at a community whose Lord told them to help one another while some die from starvation and some die from over eating,” said Sheikh Hamza Yusuf.

“Jellyfish are taking over the oceans – they are mindless, spineless and all they do is consume,” he noted. “This is a manifestation of our current state.

“If you follow your whims you will be led astray from the path of God,” said Sheikh Hamza Yusuf.

In addition to the plenary sessions, the event includes a bustling grand Souk (bazaar), with vendors from all across North America selling and promoting their products and services.

The convention, which will conclude on Sunday, is also hosting the annual food and coat drive to assist the needy in the Greater Toronto Area.