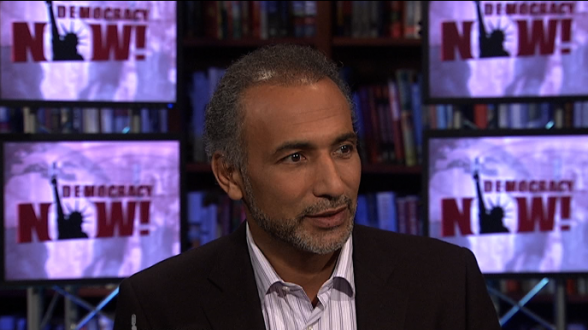 (October 28, 2013) – Muslims are very often in contradiction with the ethical values Islam is celebrating.

While we are celebrating the most important Islamic festival of Eid Al Adha, we need to ponder over our understanding of Islam and our collective behavior.

Our approach to slaughtering significantly reveals the current reduction, if not the betrayal, of Islam’s message and the serious confusion between means and ends.

Fuqaha’ councils the world over have sought to determine the lawful (halal) nature of slaughter, focusing almost exclusively on the technical modalities of slaughtering and cutting the animals’ throats.

The point was (and still is) to determine when, and in which condition, an animal slaughtered by Muslims (or non-Muslims), with what technique or what equipment, could be considered as “halal”.

The debates and disagreements — beyond establishing whether the “People of the Book’s” (Jews’ or Christians’) meat is permissible — focus on very technical, often highly specific details: Can the animal be stunned? How can it being alive be determined? Must the sacrifice recitation be actually spoken or is an audio recording sufficient? Does the slaughterer have to be a Muslim?

Those issues are indeed important and meaningful, but all that is as if the necessities of slaughtering and consumption themselves were wholly overlooked.

However, the Prophet, peace be on him, did not simply command us to respect the ritual and recite “Bismillah, Allahu Akbar!” ([I begin with] In the name of God, God is the greatest!) with which animals could be killed for food.

He required animals to be treated in the best possible way and spared needless suffering.

As a man had immobilized his beast and was sharpening his knife in front of it, the Prophet, peace be on him, intervened to say: “Do you want to make it die twice? Why didn’t you sharpen your knife [away from the animal’s view] before immobilizing it?”

Prophet Mohammad, peace be on him, had asked everyone to do their best to master their range of skills: For a man whose task was to slaughter animals, this clearly consisted of respecting the lives of the animals, their food, their dignity as living beings and sacrificing them only for his needs, while sparing them unnecessary suffering.

The recitation accompanying the sacrifice was only to be understood as the ultimate one that, in effect, attested that the animal had been treated in the light of Islamic teachings during its lifetime.

This recitation was certainly not sufficient to prove that those teachings were respected: An animal slaughtered correctly according to Islamic ritual, but ill-treated during its lifetime, therefore remained, in the light of the Islamic principles transmitted by the Messenger, an anomaly and a betrayal of the message.

The Prophet, peace be on him, had warned: “He who kills a sparrow or any bigger animal without right will have to account for it to God on Judgment Day.”

The Prophet, peace be on him, thus taught that the animal’s right to be respected, to be spared suffering and given the food it needed, to be well treated was not negotiable.

It was part of human beings’ duties and was to be understood as one of the conditions of spiritual elevation.

When returning to the Texts and prophetic tradition and taking into account the consequences of contemporary productivist reasoning, one can perceive that a formalist, technical approach empties the spiritual message of all its substance.

Being obsessed by the techniques of halal and a fortiori, saying nothing and proposing nothing about the issue of the outrageous treatment of animals in our societies, marked by over consumption and excessive productivity (in some factory-breeding farms, in slaughterhouses) — as well as the ill-treatment of animals in poorer societies — all this is most illogical, astounding and simply deranged.

We remember the great prophetic teachings, which are revered and glorified, but they have hardly any effect on the way we manage the matter of the treatment of animals on a day-to-day basis.

The consumption of halal food is reduced to a technicality, without any fundamental consideration for the necessities about sacrifice, according to which one should only be allowed to take a life after respecting it and sparing it ill-treatment and suffering.

Here, adaptational reform regarding the means to the end is transformed, through a major perversion, into actual betrayal: Strict respect for the form of the message, obvious infidelity to its substance.

The paroxysmal contradiction in terms of this is reached during the festival of sacrifice (Eid Al Adha), which commemorates Abraham’s sacrifice at the end of pilgrimage.

Not only can one witness appalling scenes in terms of lack of respect for animals and their ill treatment, but one is also shocked at the amount of waste, at both national and international levels.

Indeed, progress has been made regarding the distribution of meat, in particular to people in poorer countries, but chaos still rules.

Mistreating animals, wasting food … do these mean being faithful to the higher goals of Islam’s message?

Where are the Fuqaha’ councils — not just integrating specialists in slaughtering techniques, but also those with up-to-date knowledge of development, who can stress the goals and priorities firmly and vigorously while suggesting new approaches to those issues?

This is because respecting the lives of living animals is more important than the “techniques” used to slaughter them, because wasting food is unacceptable, because higher goals cannot be ignored in the name of means and productivity!

For all these reasons, it is important to produce more coherent reflection and practices and to issue circumstantial legal rulings, taking applied ethics into account in the light of the challenges of our times.

Proposing breeding techniques on a small, medium or large scale; developing new types of slaughterhouses allying respect and efficiency; issuing legal rulings (fatwas) that, in some areas, more clearly encourage monetary compensation rather than ritual sacrifice (which remains a recommended act — Sunnah) are all initiatives that may help the Muslim majority countries to reconcile themselves with the higher objectives and meaning of their ethics rather than hiding behind insistence on norms and means that guarantee only false respect of the requirements of Islam’s message.

Ritual slaughter is a simple, day-to-day example, which perfectly reveals the contradictions within contemporary spiritual teachings.

It emblematizes the whole problem: Obsession with form regardless of substance, confusing means and ends, adoption of reform that is not suitable for transformation and over determining norms while neglecting meaning: It is at the heart of all contradictions.