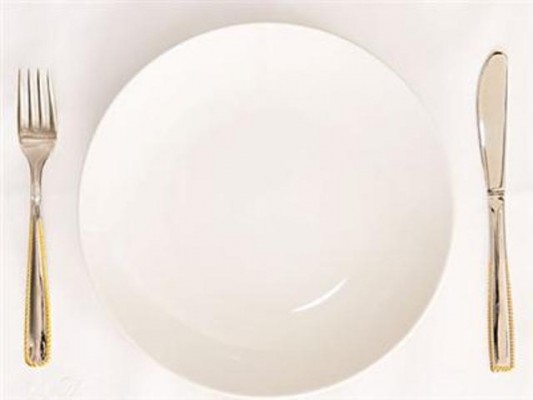 I joined the annual Lent celebrations at Epiphany of Our Lord Byzantine Catholic Church one Friday last month in Annandale, Virginia. I didn’t mind fasting from meat all day, then enjoying a huge dinner of cheese-stuffed pirohis (ravioli-like pasta) served by a woman who cheerfully asked whether I wanted more of everything. “Yes”, I said. “More butter?” “Yes.” “More minced onion in butter.” “Absolutely.”

I could do this every day of the week.

While the health benefits seemed questionable, the spiritual benefits were definitely not. That day, I shared with non-Muslims a practice which, though different from fasting in Islam, has the same roots and traditions. It reminded me how much our faith traditions have in common.

I have participated in many non-Muslim religious events since coming to Washington, DC in 1980. In order to discover different faiths and teach my three children to be open to other religions, I took them to various churches, synagogues, Hindu, Sikh and Buddhist temples when they were young. But I had never been to a church during Lent until this year.

Lent is the 40-day period between Ash Wednesday and Easter Sunday on the Gregorian calendar. This year, it takes place between 13 February and 31 March. The period commemorates Jesus’ fasting in the desert, where he was tempted by Satan.

Hundreds of people gathered in the large church dining hall, and volunteers helped cook, serve and clean up. The scene reminded me of my childhood in Sudan. In the village of Wadihaj, in northern Sudan, where I was born and grew-up, the villagers took food to the small local mosque where they shared everything as a community after a long day of fasting.

At the church, Rev Deacon Elmer M. Pekarik delivered a short prayer just before food was served. Similarly, in my native village, it wasn’t just about eating. Right after people broke their fast with a date and a sip of water, they stood up to pray.

For some Christians, the Lenten period is a 40-day fast from all animal products, including eggs, milk and cheese. For some others, fish is exempted; for others still, they fast from meat two days of the week, which was the practice at the Byzantine Catholic Church. In another common practice, some Christians select one particularly loved thing to give up for the entire period, such as chocolate or even Facebook.

As I sat alone enjoying my many pirohis in the church’s dining hall, an old man from Bulgaria – who I’ll call Andrei – wondered if he could join me. Thus began an informal exchange about fasting in our different faith traditions.

My new friend complained how few Christian Americans fast these days. “Some Americans say they fast from eating chocolate and other luxuries,” he grumbled. And he reminisced about fasting when he was a teenager in Bulgaria, and described, jokingly, the pre-Lent tendency to consume to excess – smaller than, but similar in intention to the pre-Lent Mardi Gras celebrations in the United States or Carnival in Brazil.

It was then my turn to talk about fasting during Ramadan. For one lunar month, from dawn to sunset, Muslims abstain from food and drink.

I explained to Andrei that the Qur’an says, “Fasting is an obligation upon you (Muslims) as it was for those before you (Qur’an 2:183).” Also, I told him how the holy book talks about Jesus’ 40-day fast, and how Prophet Mohammad fasted with Jews to commemorate their exodus from Egypt. Many Sunni Muslims today choose to fast on this day, known as Ashura, because of this fact. (Meanwhile, for Shi’a Muslims, Ashura commemorates the martyrdom of Imam Hussein.)

At the Byzantine Catholic Church, it was time to stop talking and eating in order to pray, similar to observing the tarawih prayers (nightly congressional prayers) during Ramadan. Andrei introduced me to Rev Deacon Pekarik, who took me from the dining hall to the main church. Pekarik, as well as other priests and members of the congregation welcomed me to join them, asking only whether I was Catholic, because non-Catholics do not receive Communion.

He regretted that I had paid for the meal, saying I was a guest of the church. He added that they were honoured to have me there. It again reminded me of my village in Sudan, when passers-by, walking or riding donkeys, were offered – and sometimes pressured – to share food with the villagers.

When the church service ended, I turned around to leave. While a Catholic service and an Islamic service are different, many of our practices are the same and I felt overwhelmed by a feeling of our shared human endeavours to get closer to the divine.

* Mohammad Ali Saleh is based in Washington. He is a correspondent for major Arabic newspapers and magazines in the Middle East. He tweets @Mellow Muslim, and runs MohammadAliSalih.com This article was written for the Common Ground News Service (CGNews).