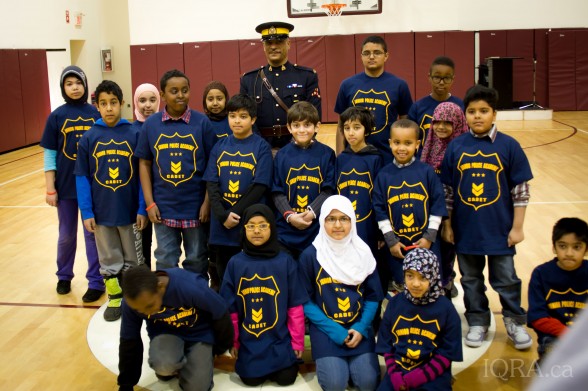 “We’ve been doing the Junior Police Academy for 3 years and it is intended to be a positive interaction between the police and the youth of various communities that we serve,” RCMP Community Outreach officer, Sergeant Derek McDonald, told IQRA.ca.

The Junior Police Academy brought out young people, 7 to 11 years, on the Family Day holiday to take part in sessions and activities led by police officers.

“Today, we brought out several out officers that do different jobs within the force,” said Sergeant McDonald. “We have a drill sergeant, we’ve fingerprint identification, emergency response team, and drug and safety awareness out here to show the kids a little bit about police work and have them aspire to that as a career.” 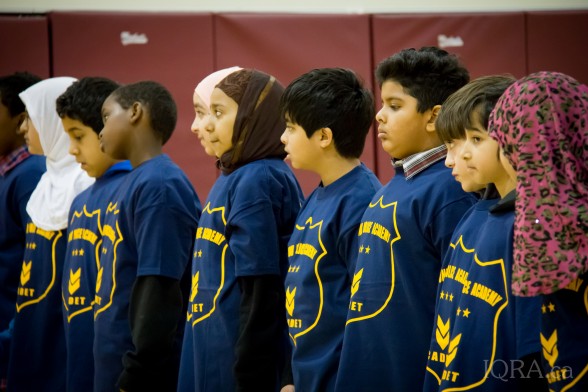 The sessions were interactive and planned to be appealing for the children.

“The activities are all fun stuff – the kids are going to learn how to march and salute; they are going to learn about fingerprinting and how to lift a fingerprint and identify it; they will learn about some drugs in the community that they may come in contact with and to be aware of these,” according to Sergeant McDonald. “We have the emergency response team here to show their equipment and what they do in case of an emergency situation.”

This is the second session for young people organized by the Sayeda Khadija Centre.

Last year, a Youth Police Academy was held for youth 18 to 25 years,

“The response from that session was very positive, not just from the youth who participated, but also from the officers,” according to Sergeant Derek McDonald. “A lot of officers are not as familiar with Muslim culture and background so it is a learning experience for us too.”

Sergeant McDonald hopes that some young Muslims will consider law enforcement as a career option in the future.

“The officers should represent the community we serve and, particularly, we would like to get female officers to sign up as well,” he said. 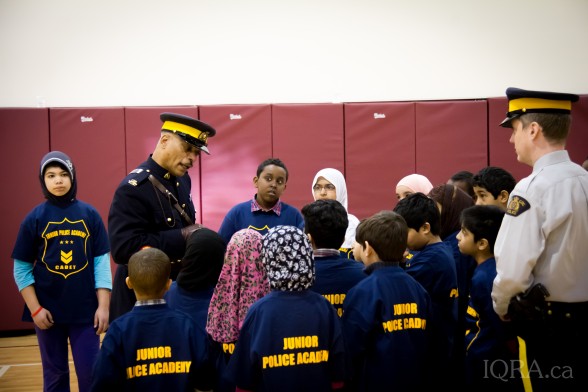 Sayeda Khadija Centre (SKC) has quickly distinguished itself for being a vibrant and inclusive Islamic Centre in the Greater Toronto Area that offers a wide variety of programs for the community and youth specifically – its motto is ‘a place to pray, learn, and play.’

The SKC Centre is the official home of Faith of Life Network, an organization founded by Imam Dr. Hamid Slimi in 2005.

According to the Sayeda Khadija Centre’s website, its objectives are ‘to promote the positive value of Islam for Muslims and non-Muslims alike in Canada and around the world, by building communities through shared religious observance, quality educational programs, mutual support and networking, and service to humanity.’