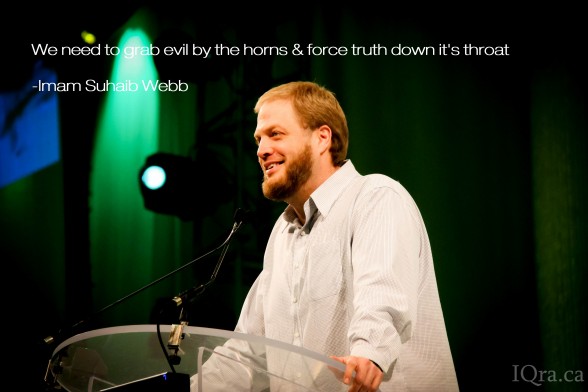 (December 30, 2013) – The Reviving the Islamic Spirit Convention concluded on a high note Sunday evening in Toronto with speakers providing advices to the large turnout of North American Muslims on how to take the lessons from the weekend gathering and improve their faith and practices.

“Don’t be an event-based Muslim versus a process-based Muslim,” Imam Suhaib Webb told the crowd in his inspiring keynote address. “Synthesize with your talents and live faith within your world.”

Imam Suhaib Webb is a Boston-based, American Muslim Imam, thought leader and educator. He was named one of the top 500 Most Influential Muslims in the World by the Royal Islamic Strategic Studies Center.

“Make your worship about intimacy instead of identity,” he said. “Tasting faith is a believer’s paradise in this life.”

“See good in the world, see good in yourself and others,” Imam Webb added. “Model love and mercy.”

Earlier, the convention was addressed by Dr. Denise A. Spellberg, an American scholar, whose new book, ‘Thomas Jefferson’s Qur’an: Islam and the Founders’, has sparked much interest and controversy.

Spellberg lectured on this long ignored aspect of American history and its relevance to the current discourse about Islam and the West.

In his afternoon talk, Ustadh Omar Suleiman, a popular American Muslim personality, dealt with one of the main themes that ran throughout the convention – how to deal with the ego and why it can be such a formidable foe.

“Nowadays, individuals are self-centered – Why isn’t prayer doing anything for me? Why isn’t this lecture moving me?” he said. “When people realize a greater cause, then they can overcome their animalistic desires.”

“Don’t turn to Allah only in times of need,” Ustadh Suleiman noted. “It is not a sign of a healthy relationship with Allah.” 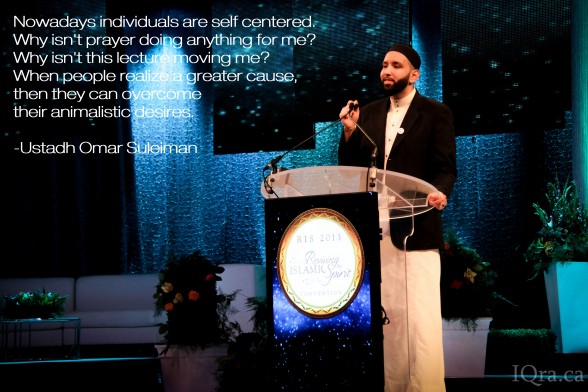 It was a morning session with Dalia Mogahed and Professor Tariq Ramadan about the situations in Syria, Egypt and Libya that was much anticipated by the audience.

“The division in our communities are like a cancer and we must heal these cancers,” said Dalia Mogahed, a Senior Analyst and Executive Director of the Gallup Center for Muslim Studies.

“We don’t need national unity, we need tolerance for pluralism where people can disagree safely,” she added.

However, it was Professor Tariq Ramadan’s lecture that electrified the convention floor.

“We should not confuse political conflicts with internal religious conflicts,” he said. “A Muslim by definition is always on the side of the oppressed.”

“In the face of injustice, silence is a political statement,” he added.

Named by Time magazine as one of the 100 most important innovators of the century, Professor Tariq Ramadan is a leading Muslim scholar, with a large following especially among young European and American Muslims.

“There is a big test coming, don’t lose hope,” advised Professor Tariq Ramadan. “Take a stand based on principles.”

“The ethical role of North American people is to say we stand for justice, we stand for dignity,” said Professor Tariq Ramadan. “We don’t just stand up for the Palestinians, we also stand for the Tibetans, the South Africans, the Central Africans, everyone!” 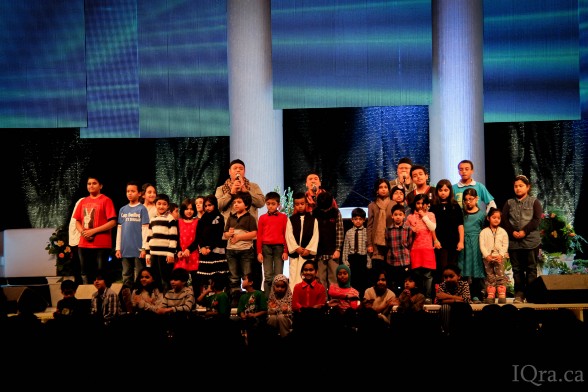 The RIS Convention has emerged as a major platform for some of the leading Muslim personalities from around the world to address one of the largest assemblies of Muslims in the western hemisphere.

Over 20,000 people were in attendance to listen to Muslim scholars and academics speak on how to effect personal, communal and environmental change. 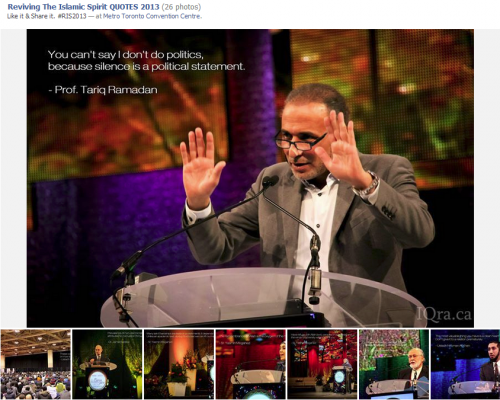 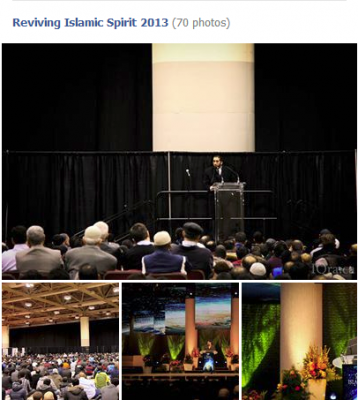 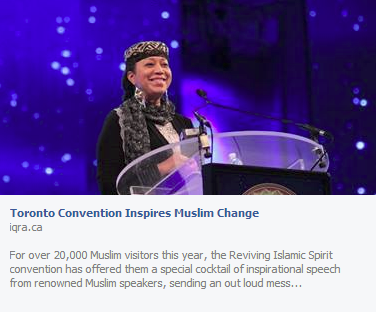 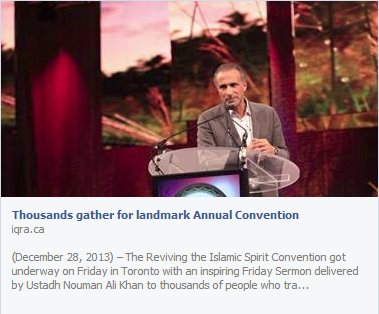 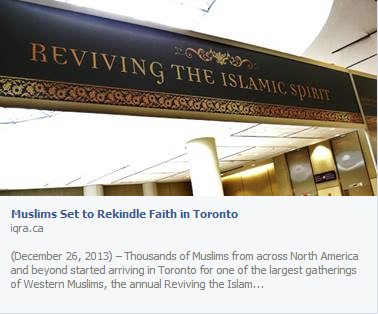 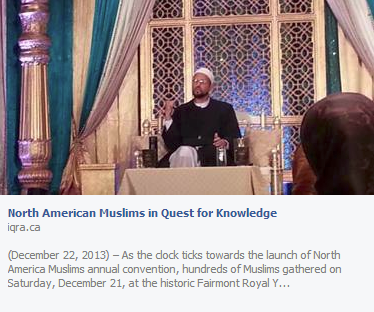