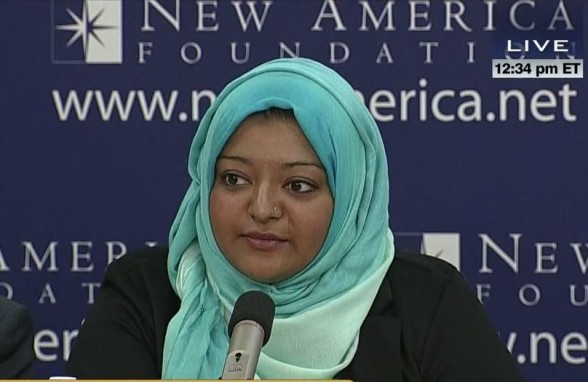 (August 12, 2013) – It’s rare to open a paper these days without seeing stories about violence across religious and ethnic lines. Many scholars spend their careers asking why people become susceptible to such hatred. But maybe the real question we should be asking ourselves is why so many of us are not?

When it comes to my family, one personal connection was enough for us to reject wholesale condemnation of other communities.

When my parents arrived to the United States from Pakistan over thirty years ago, they had never encountered a Jew. Their entire perception of Jewish people was shaped by the Israeli-Palestinian conflict and negative narratives used by certain Muslim clerics back in Pakistan.

My father, leaving behind his wife and new-born daughter, came to the United States first. A trained veterinarian and curator of Pakistan’s National Zoo, he found his immediate work options limited to non-professional odd jobs. It took roughly a year to gain a bare minimum of financial stability before my mother and I could join him in America.

As is common for young families and new immigrants, the first couple of years were difficult financially. Both parents worked multiple jobs, neither one of them having the satisfaction of working in their professions. It was by chance that my father came across an opportunity to work with Dr Keller, a local veterinarian who was looking to retire soon.

My father began working evenings for the first time in a veterinary capacity in Potomac, Maryland, a posh DC suburb. Dr Keller, learning that it was a difficult commute from Virginia, where we lived in a cramped apartment, offered his adjoining property for us to live in.

Thanks to the graciousness of an elderly Jewish American man, we finally moved into our first house and my father got into the US veterinary world. It was the first encounter my parents would have with a Jew, but that was enough to overcome the fear and suspicion they may have carried from Pakistan and forever shape how they feel about Jews.

Of course, none of this could have been possible without the help of my father’s dear friend from college who was a Christian, Dr Emmanuel Gulab. Uncle, as I have called him my entire life, sponsored our visas. That such a close friendship between a Muslim and Christian was possible in Pakistan so many decades ago is a testament to a gentler time in that nation’s history.

My childhood memories are full of Christmases spent with the Gulab family and my own best friend Shubnum—Uncle’s daughter. I likewise remember gatherings during Ramadan and Eid Al-Fitr in our home, with them as well as other families from the nascent South Asian community in Maryland. The Belanis, Sindhi Hindus, whose family in Karachi was sheltered and saved by Muslim neighbours during the 1947 partition of India and Pakistan, were ever-present in our social circle. When we visited their home, they would purchase halal meat just for us and I would sometimes sneak into their son’s room to pore over children’s books on Hinduism.

This was my childhood, a pre-9/11 American immigrant story devoid of fear and hatred of others. As the South Asian immigrant community grew and other Pakistani Christians, Hindus and Muslims arrived, we separated into our own communities and lost our pluralist utopia. But our respect and love for each other remained. We continued to be there at each other’s weddings and, sadly, funerals.

I am blessed that my interfaith upbringing has been a real-life lesson on what Islam teaches about the relations between Muslims and people of other faiths. From the Charter of Medina to the Achtiname of Muhammad for Saint Catherine’s Monastery (which granted protection to the Monastery’s monks and all Christians from anyone seeking to harm them), the life of the Prophet Muhammad (peace be upon him) was a testament to respectful relationships between Muslims, Jews and Christians.

I cannot stress enough the impact simple friendships can have in destroying closely held fears of the other. Basic human interactions with non-Muslims have made it impossible for me to hate anyone based on their religion.

* Rabia Chaudry is an attorney and the President of the Safe Nation Collaborative (www.safenationcollaborative.com), a training firm providing resources to law enforcement and Muslim American communities for countering violent extremism. This article was written for the Common Ground News Service (CGNews).