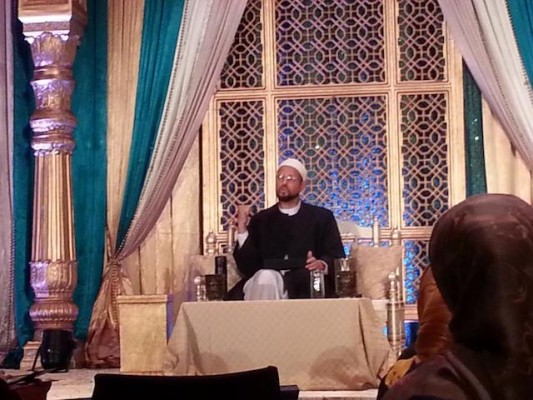 (December 22, 2013) – As the clock ticks towards the launch of North America Muslims annual convention, hundreds of Muslims gathered on Saturday, December 21, at the historic Fairmont Royal York Hotel in the heart of downtown Toronto for the start of Reviving the Islamic Spirit Knowledge Retreat.

“Reviving the Islamic Spirit Knowledge Retreat is an annual program held around the RIS Convention to give seekers of knowledge an opportunity to study traditional Islamic sciences, in contemporary context, with some of the leading scholars of our time,” organizers told OnIslam.net

The seminar-style retreat program will run daily until Thursday, December 26 and will lead into annual Reviving the Islamic Spirit Convention that begins on Friday.

In the opening session, Ustadh Abd al-Karim Yahya provided the attendees with orientation and advices for the seekers of knowledge.

“Take something you can act upon, outwardly or inwardly, from every lesson,” he advised. “If someone acts on what he knows, Allah gives knowledge of what he doesn’t know.”

Participants braved the freezing rain and ice storm warnings that were issued for the Greater Toronto Area to attend the opening day of the Retreat.

The weather conditions caused major traffic disruptions across the region on the last weekend before the Christmas holidays and one of the busiest times of the year.

“Everything physical in this world will perish but the spiritual endures,” he said.  “Our reality is nurtured through mindfulness and obedience.”

“Commit to live a life of consciousness, obedience, and trustworthiness,” Imam Shakir added. 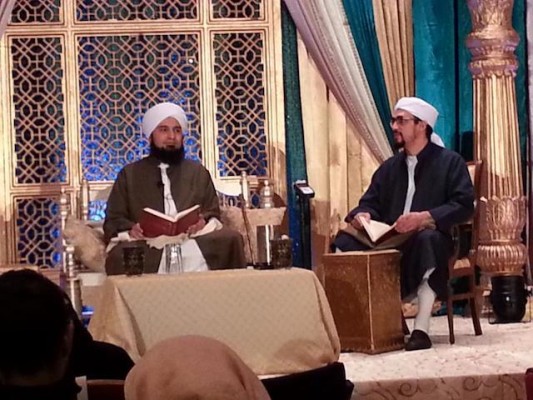 According to the organizers, the Knowledge Retreat gives ‘seekers of knowledge an opportunity to study traditional Islamic sciences, in contemporary context, with some of the leading scholars of our time.’

Towards the end of the first day, Habib Ali Al-Jifri introduced students to the study of Imam Abu Hamid al-Ghazali’s Ihya volume, ‘Condemning Status and Ostentation.’

“Ostentation is the worst illness the heart of a believer can be afflicted with,” said Habib Ali Al-Jifri. “Ostentation can be so subtle that it becomes difficult to distinguish.”

“In the past, people used to be ostentatious in actions they performed, now people show off with actions they do not perform,” he added.

The quality of Knowledge Retreat program – the world-renowned scholars and the courses of study – has continued to attract students from across the continent.

“Rarely do Muslims living in the West get such opportunities and hence RIS Knowledge Retreat strives to provide a conducive environment for students to pursue their quest for knowledge,” state the organizers.

Meanwhile, thousands of Muslims from across North America are expected to descend on Toronto on Friday for the beginning of the Annual Reviving the Islamic Spirit Convention.