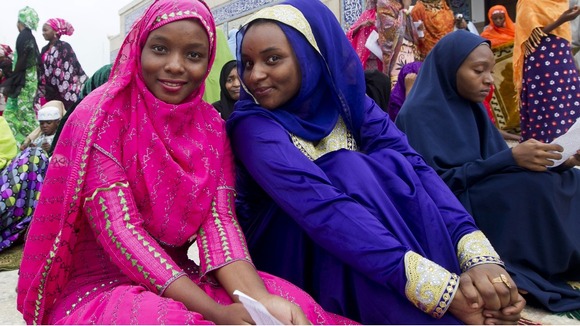 Early ‘ulama’ obviously could not undertake the task of addressing the question of women’s being.

As men, they could hardly do more than determine women’s functions.

As actors in a given culture, they could not transcend that culture.

In addition to being subject to their gender, they were necessarily also products of their culture.

Yet, in the light of the higher objectives of Islam, of the individual’s dignity, integrity, autonomy, development, education, intelligence, welfare, health and inner balance (to mention only the most essential we can draw from the six higher objectives, Al Maqasid Ad-daruria), one can realise that a number of rules inferentially establish an explicit status for women as beings.

Their spiritual quest is recognised as part of their being and development like men’s and education is an imperative requirement: “Seeking knowledge is an obligation for every Muslim man or woman.”

Women’s recognised autonomy is outlined in their having the right to acquire property and goods and manage them as soon as they reach maturity, without having to answer to anybody (neither their parents nor their husbands), as well as their keeping their own family name when they marry.

On a more personal level, the recognition, as we have seen, of their right to sexual pleasure, of their choices regarding marriage, divorce, contraception and even abortion establishes, both in practice and in the purposes of the Islamic message, the groundwork of elaborate discourse about women as beings, their status, their autonomy and their legitimate aspirations, before beginning any discourse about their rights within the limits of their families and social functions.

Scholars were remote from such considerations when they undertook the first legal deciphering.

Interested in the legal framework, they mainly focused on function.

They were also influenced by culture, which fashions gender relations and the conception of the natural status of women in traditional Eastern, Arab (or Persian or Asian) and patriarchal societies.

Reading the early commentaries proposed by such great scholars as Al Tabari, Al Razi, or Al Qurtubi clearly shows that they were indeed immersed in a specific culture and that their comments about women — their role as well as how they should be treated — stem as much, if not more, from cultural projection as from normative critical reading.

This latter might, in the light of the Revelation’s evolution over 23 years, of the Prophet’s (PBUH) attitude and of the objectives that have been worked out, have continued to propose liberating paths for women if early interpreters had not confined themselves to formal literality or to stipulating rights and duties only or to accepting customs.

Men, the Texts’ early readers and interpreters, felt no need for that, while women, who were directly affected by social realities and possible distortions of the Texts, were absent from that legal elaboration.

Malek Ibn Anas and Abu Hanifah were able to make daring comments regarding their environment, particularly in fields whose practices they knew from within such as clan relations or trade, but it was impossible for them to do the same in terms of women’s issues, precisely because they were not women and they could not understand from within how the latter experienced interpersonal relations and integrated social dynamics.

Accordingly, we should indeed return to the Texts and the modalities of their reading and interpretation in the light of the environments in which they were revealed.

Islamic legal thinking about women is certainly the field that has suffered most from two phenomena: Literalist reduction and cultural projection.

The revelations, accompanied by the Prophet’s (PBUH) example, represented a divine pedagogy that consisted, over 23 years and according to historical circumstances, in changing early Muslims’ mindsets and leading them to consider the issue of women differently.

A study exclusively focusing on the Texts, their substance, comparison and chronology, such as that of scholar Abd Al Halim Abu Shuqqah, Tahrir Al Mar’ah fi Asr ar-Risalah (Women’s liberation in the age of Revelation), shows that this is a continued process of liberation that is accounted for by the message’s global vision and by the objectives (maqasid) inferred from the process.

Therefore, in addition to reading the Texts, one should examine the cultural environment of the time and understand what these Texts refer to and which issues are involved in what they say. It appears that in virtually all the fields of women’s being and activity in societies, Text sequences not only state injunctions, but also open prospects that can only be extracted through a holistic, goal-oriented approach.

Whether about the relationship to God, to faith or to the mosque; about necessary education and autonomy, for oneself and towards others; about relating to the body, sexuality, marriage and divorce; about relating to work, money, politics or even war; one can observe that the Quran and Prophetic traditions take highly innovative positions, which are also very open about their understanding of and dialectical involvement in social environments.

The issue, then, is no longer only to know what the Texts say about women, but rather to understand what was promoted, defended and prescribed concerning women’s being and power, in relation to the environment of the time.

The relationship between Texts and contexts must be studied and this will enable us to extract principles and objectives.

Texts do not speak by themselves and teachings are both synchronic and diachronic: The relation to time is crucial, the relation to the context is imperative.

A literalist reading cannot account for those evolution dynamics and their tense relation to time and environments.

Specialising in the contents of Texts alone, as is required of fuqaha as a priority, is likely to restrict both the substance of the message and its higher objectives.

Some existing Texts are sometimes read and interpreted without considering chronology and context, thus it becomes impossible for some ‘ulamâ’ to dare express clear legal opinions in the light of higher objectives.

They should, for instance, speak out on the fact that keeping women illiterate, forbidding them to work, reaching financial autonomy and playing a social and economic role, as well as such practices as female genital mutilation, forced marriages, the denial of divorce or restraint against domestic violence, are absolutely contrary to Islam’s message as shown through its evolution (for more than 23 years) and the Prophet’s (PBUH) own attitude.

However, that is not all: Such clear positions must be completed with studies about the different social dynamics or the management of real or figurative powers between women and men, shedding light on the complex situations in which (in the name of religion itself or of its rejection) rights can be lost, discrimination can set in or some forms of alienation may replace others.

Women are the first victims of those reductions of rights in the substance of Texts and of the obstacles that lie deep within social structures: That is why they should train in the study of Texts, acquire the tools to interpret them and complete the understanding of principles with thorough reflection about environments and the logic of discrimination or alienation.

Such issues as the right to work, polygamy, divorce or inheritance cannot be approached only through the study of what the Texts allow or do not allow.

The approach can only be holistic and elaborated in the light of higher ends.

Otherwise, the very essence of the ruling (hukm) may be betrayed. What can be the meaning, in an environment where unlimited polygamy was the rule, of verses and Prophetic traditions that drastically restrict polygamy and add such demanding conditions that some scholars — in particular of the Hanbali school — could claim that this requires the first wife’s prior consent and that she can oppose it in her marriage contract?

What is the higher objective of monogamy and of this restrictive toleration of polygamy?

The full scope of the message, from Texts to the context of their expression and their objectives, must be grasped as an entity.

A literalist, strictly legal reading produced by men cannot, by definition, take up this challenge and meet its requirements.

Women are necessary here, both to the Text reading process and to the study of the social contexts in which they live.