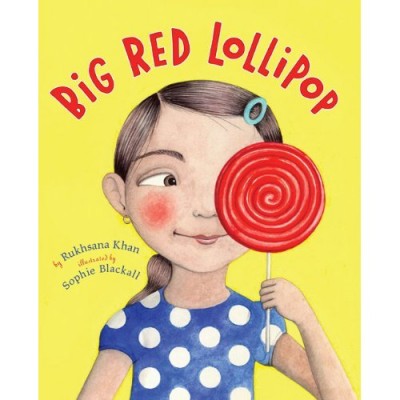 While Rukhsana Khan is originally Pakistani and learned English as a second language, her prolific writing and huge success has seen ‘Big Red Lollipop’ scoop up a string of coveted awards. The book was not only voted America’s ‘best picture book’ twice – now, the New York Public Library has named it as one of the ‘100 greatest children’s books’ in the last 100 years.

(November 9, 2013) – Learning English as a second language has been no bar to Rukhsana Khan’s success.

Khan arrived in North America as a child from Pakistan and now, her writing career sees her visit over eighty schools a year across North America, make countless presentations and shatter cultural barriers through a string of awards.

Khan’s latest achievement is being the first Muslim author of Pakistani origin to be named on the New York Public Library’s ‘100 Greatest Children’s Books’ in the last 100 years list.

Quoting directly from their press release, NYPL stated that all books on the list have “withstood the test of time at the New York Public Library or are on their way to becoming new classics”.

Rubina has been invited to her first birthday party, and her mother, Ami, insists that she bring her little sister along. Rubina is mortified, but she can’t convince Ami that you just don’t bring your younger sister to your friend’s party. So both girls go, and not only does Sana demand to win every game, but after the party she steals Rubina’s prized party favor, a red lollipop. What’s a fed-up big sister to do? 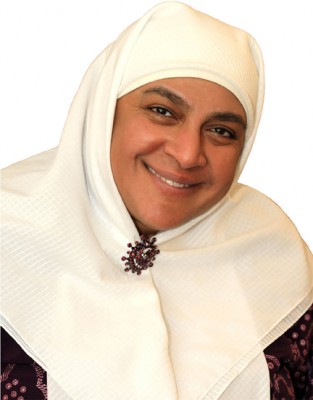 As the author explains, her book is already beloved by many families around the world.

“It’s wonderful to see it listed alongside other classics such as ‘Harry Potter and the Sorcerer’s Stone’ and ‘Charlotte’s Web’,” said Khan.

There are two awards for best picture book writing (The Charlotte Zolotow and the Golden Kite) and ‘Big Red Lollipop’ won both of them in 2011!” says Khan.

In the Publisher’s Weekly Starred review of Big Red Lollipop: “…It’s an ending worthy of a novella, and once again signals that Khan is one of the most original voices working in picture books today.”

“At a time when the world is becoming increasingly polarized, stories like ‘Big Red Lollipop’ tap into universal themes and are crucial to forging a smooth path toward the growing diversity of the North American landscape. As a practicing Muslim, the road hasn’t been easy. I have done my best to battle xenophobia and terrorist stereotypes with wit and humor. I have also worked diligently to create inroads to cross cultural dialogue and understanding,” added Khan.

While this particular children’s book has helped Khan further build her name, she frequently tours the world to discuss her other works ranging from gritty teen novels on suicide, Afghanistan and issues of parental abandonment.

“It’s not just about writing – but about sharing my work with others and using the stories to open up a series of vital dialogues. I’ve also recently launched a free literary resource for educators as part of my popular YouTube channel,” she adds.

With such a unique bibliography and passion for her work, interested readers are invited to visit Khan’s official website for more information: http://www.rukhsanakhan.com

Rukhsana Khan is an award-winning author and storyteller. She was born in Lahore, Pakistan and immigrated to Canada at the age of three.

She has eleven books published and others under contract.

She has appeared on television and radio numerous times, has been featured at international conferences in Denmark, Mexico, Singapore, Italy, and South Africa, and has presented all across Canada and the U.S.

She tells tales of India, Persia, the Middle East, as well as her own stories.

She has four grown children (three girls and a boy) and seven grandchildren. She lives in Toronto with her husband and family.

Rukhsana is a member of SCBWI, The Writers Union of Canada, and Storytelling Toronto.