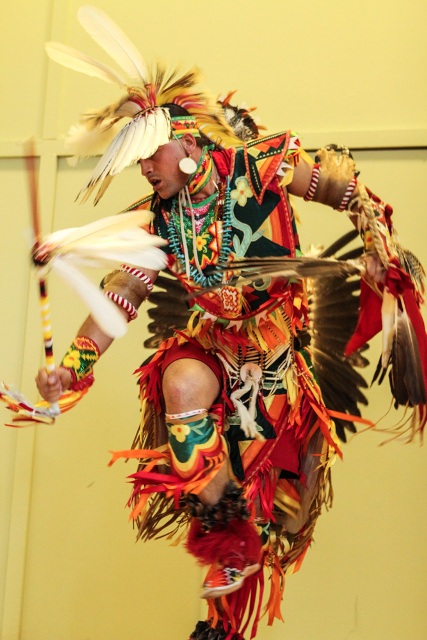 (April 16, 2013) – Fostering meaningful community relationships, Muslims and Aboriginal Canadians have come together in the city of Ottawa to show support for an Islamic charity in the area.

Muslims and aboriginal Canadians came together for a silent auction in Ottawa on Saturday, April 13 to support the Centre.

Islam Care Centre is a registered charity that offers many social services to the Ottawa community and functions as a resource centre for different government agencies, the media, various academic institutions, and other religious groups.

Proceeds from the event will go to support a new facility for the Islam Care Centre.

The Centre is in the process of constructing a new building on the same downtown location where they have been for over a decade to address the growing need of the community.

Mahfoudhi says there are many parallels between the Aboriginal and Muslim communities that led to recent cooperative activities.

“In the Aboriginal cultures I see there is some connection to the elements around them, to the earth and to spirituality – these are all aspects of Islam,” he told IQRA.

“One thing I was really surprised by and that really drew me into that connection is some of the issues that the Aboriginal community was talking about.

“Alcohol is prohibited in the Islamic faith and we hear in the Aboriginal discussions that they are talking to their youth about avoiding these things and getting away from it,” he said.

Mahfoudhi hopes that there will be future joint activities between Muslims and Aboriginal peoples which will lead to greater understanding of native issues.

“One of things we have noticed when we go to many Aboriginal community events is that they are looking for what they call the ‘new people’ to get on board and support their concerns,” he said.

“I believe that as new-comers all of us in Canada, we are, especially right here in Ottawa, on un-surrendered native land. So if we are going to be here we have to be, at the very least, supportive of their concerns.”

Mahfoudhi would like to see Canadian Muslims go further and become advocates for Aboriginal issues and concerns.

“So I want to show this to the Aboriginal communities that we are here to support your causes, to champion your issues and concerns,” he said.

“I encourage anyone who attends and hears about this to do the same, whether you are Muslim or from any denomination or religion or non-religious, this is very key for the Aboriginal communities that we get behind their issues.”