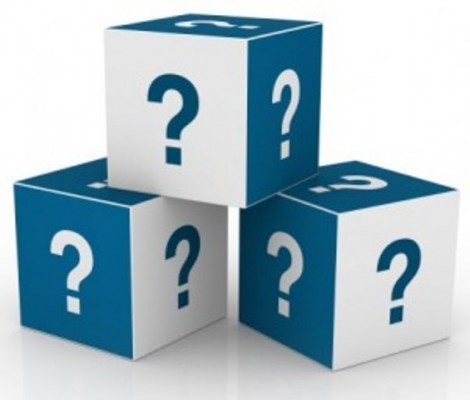 As an imam at a mosque in the Jordanian capital Amman, I have been following the dramatic developments across North Africa and the Middle East with a combination of high hopes and grave concern. The phenomenon of young people organising peacefully to demand political reform, economic opportunity and human rights is a source of pride for me; numerous worshippers in my mosque are among them. On the other hand, the mounting lethality of conflict between state and society in so many Arab countries is terrible to behold. So is the tragedy of burgeoning crime, economic struggles and insecurity in countries such as Egypt that are undergoing dramatic transformations.

In these riveting times, the role of Islam is essential and Arab societies seem to know it. I can tell just from the growing number of worshippers in my mosque, which overflows every Friday during weekly prayers. Young people draw comfort and inspiration from Islam as they face an uncertain future.

At the same time, political analysts – both within Arab societies and in the world at large – are raising concerns about the role of so-called “Islamist” groups in the on-going political transitions. Members of my own congregation often ask me for counsel on this issue. In response, through sermons every Friday as well as more intimate conversations, I have been trying to articulate the distinctions that will be necessary to ensure that the tenets of Islam are properly applied – and that the language of Islam is not co-opted by opportunistic political movements.

In the present state of flux in North Africa and the Middle East, there is robust competition for political popularity in a new marketplace of ideas. When assessing any political figure or movement claiming to draw legitimacy from Islam, one should pose several questions and demand unambiguous answers.

The first question is: do you support equal political, social and economic rights for all citizens of your country, regardless of ethnicity, gender or sect?

The answer should be yes. The Qur’an and prophetic traditions present a vision of social justice in all its forms – not only for men but also for women; not only for Arabs but also for other ethnic groups; and not only for Muslims but for all humankind. This is my conviction as a lifelong student of Islam. The texts that prove this are many, but suffice it to say that the Qur’an’s vision of equity and justice is addressed not to any subset of humankind but to all “Children of Adam” (7:26).

Over the centuries, interpretations of Qur’an and prophetic tradition have varied, and some of these interpretations have been incompatible with essential Qur’anic values. The most accurate interpretation would never differ with the principle of universal equity and justice – nor deny political or economic opportunity to anyone. Such an interpretation can and should be achieved by the principal of ijtihad, the practical application of the human mind to the world’s ever-changing circumstances.

The second question is: do you believe that Islam is compatible with a definition of the rule of law that transcends a particular religion’s jurisprudential precepts?

The answer should be yes. From a contemporary Islamic perspective, sharia is not a document that supplants the legal system of a given country. To the contrary, it is a set of principles that demand of believing Muslims that they respect the laws of the country in which they live, provided that the laws are compatible with the universal values of social equity and human rights. Moreover, in the event that a given law is inequitable or unjust, sharia demands that believing Muslims work within a legal and democratic framework to amend the law. Islam stresses the principle of shura, or consultation, as a means of reaching decisions that affect the body politic. Those “whose affairs are a matter of counsel” (42:38) are considered to be worthy of a divine reward.

Finally, the third question is: do you maintain that your political platform is a flawless rendering of the precepts of Islam?

The answer should be no. The Qur’an attests to the fact that humankind, granted worldly power, is prone to error and corruption: “[Humankind is liable to] break the covenant of God after ratifying it, and sever that which God ordered to be joined, and make mischief in the earth” (2:27). Islam, for its part, is innocent of the errors of those who presume to interpret or apply it. Because it is hubristic and suspect to suggest that someone is without flaw, it is equally hubristic and suspect to claim to speak in the name of Islam.

Moreover, to claim to speak in the name of Islam is to assert superiority over other political platforms – a position that leads to totalitarianism.

Islam, as I understand it, demands that humankind negotiate over difference and govern consensually. There are no modern-day prophets or rightly-guided caliphs. We must endeavour to collaborate in healing our region and the world as best we can.

* Mustafa Husayn Abu Rumman is the imam of the Ibn Sinan mosque in Amman, Jordan. This article was written for the Common Ground News Service (CGNews).