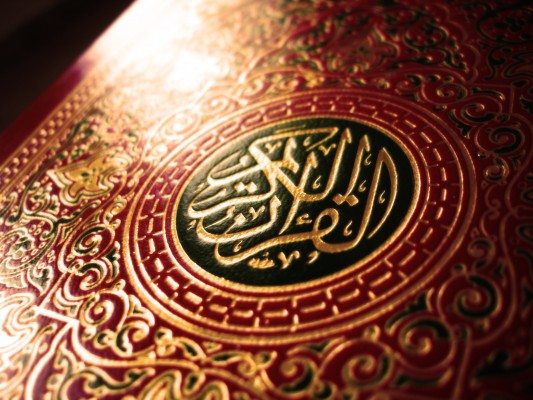 (September 20, 2013)  – I am a man of faith. I have been a Christian pastor for 25 years in the United Methodist Church. It is out of this deep commitment to the principles of my faith that I felt I needed to do something – anything – in response to the potential hate crime that was going to be perpetrated by a church, the Dove World Outreach Center, in Gainesville, Florida, on 11 September.

Despite the fact that authorities for the city of Gainesville denied a permit for the event, saying that open burnings of books are not allowed in the city, Pastor Terry Jones promised to burn copies of the Qur’an in the parking lot of his church on the ninth anniversary of the 9/11 attacks.

As outcries against the burning intensified, Pastor Jones fortunately backed down. But I still wondered, what could I do to confront such hatred and ignorance?

I believe that every action creates an equal and opposite reaction, and that actions of hatred, intolerance and ignorance create an ever escalating cyclical pattern of more hatred, intolerance and ignorance. And so I have been searching for an alternative path, a response more in keeping with the love and grace embodied in the founder of my religion, Jesus Christ, the Prince of Peace.

What symbolic act could I perform that could help undo the hate that would have been embodied in the burning of these Qur’ans and help foster peace and understanding across faith traditions?

I decided that for every Qur’an this church was going to burn in the name of my God, I would deliver a Qur’an to a church within the United States to be included in their church library, because it seems that at this important time in history I can only combat such hate through actions of love and peace.

Accordingly, I ordered 50 Qur’ans, and when they arrive, I will distribute them to clergy attending an interfaith conference so they can take them back to their congregations.

Misinformation about Islam and cherry picking Qur’anic verses out of context has become a troubling trend in the United States. The Internet is being used to widely disseminate lies, half-truths and distortions that are insulting, hate-filled messages of anti-Muslim and anti-Islam propaganda. These must be countered with messages of truth that will lead to peace with justice. Islamophobia can best be addressed through further knowledge and understanding of the Qur’an.

What can one person do? I would encourage you to purchase a Qur’an and present it as a gift to your church or place of worship. If we cannot increase tolerance within the United States and our world, I fear we are headed for a very violent future.

Faced with the prospect of someone burning the Holy Qur’an, I – as a Christian pastor – chose to sow seeds of love and tolerance by giving Qur’ans to local churches where they might not only be a symbolic gesture of peace and religious tolerance, but might also be read for better understanding that, like Christianity, Islam is a complex, nuanced and dynamic faith with its roots in mercy, justice and peace.

What will you do?

* Rev. Wayne Lavender, Ph.D. is a United Methodist pastor and Executive Director of Passing the Peace, an organisation whose mission is to create a world of peace and justice. This article was written for the Common Ground News Service (CGNews).