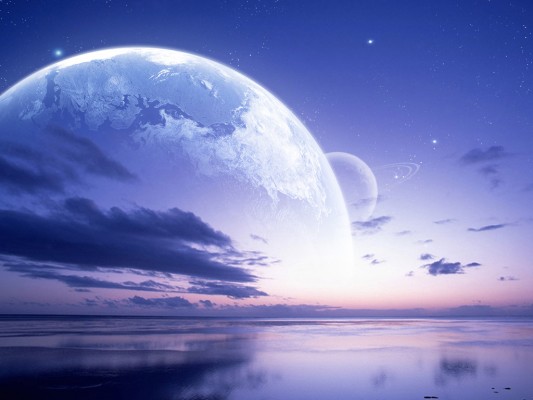 (September 17, 2013) – At any given moment, it seems that there are acts of aggression and injustice going on around the world. In many cases, they happen to be against our brothers and sisters in faith.

When these acts are committed by those who we consider to be outside forces (such as other countries or people of other faiths), we find that the Muslims are usually united against the aggression and injustice. Efforts to support victims normally receive broad support.

However, when the source of conflicts is from within, we find that our communities become easily polarized, either along ethnic, political or sectarian lines. Not only do these cause major divisions in the arena of conflict, they also spread around the world and even affect communities such as ours.

With the ease of communication found today, especially through social media, many of us find ourselves in the midst of debates, discussions and protests. Sometimes in the midst of all the anger and frustration, it appears that the fact that the “others” are also human beings – let alone fellow believers – is lost. This leads to the approval and even the promotion of violence against innocent people. This is totally unacceptable.

There are a few principles that should guide us, as human beings and as Muslims, regardless of what type of conflict we find ourselves in.

Firstly, the killing or injuring of innocent people – especially those who are not causing physical harm to others or their property – cannot be condoned or accepted, regardless of who it is committed by and regardless of the faith, ethnicity or political affiliation of the victims. Whether they are peaceful protesters or police officers who are simply doing their jobs (such as directing traffic, protecting property and so on), the innocent must always be protected and those who harm them must be denounced.

Showing carelessness towards the life and well-being of innocent people is a very serious matter, which we have been warned about in the Qur’an and in the teachings of the Prophet (peace and blessings be upon him). Even disregard for the property of others is unacceptable, especially places of worship such as mosques and churches.

Al l of this can be counted as aggression and oppression, and the Prophet of Allah (peace and blessings be upon him) has given us a stern warning regarding oppression:

“Beware of oppression, for verily oppression will be darkness on the Day of Resurrection.” [Reported by Muslim]

Sometimes, our affiliations (ethnic, political, sectarian or other) lead us to become oblivious towards the mistakes committed by our own “side” and we start downplaying and supporting actions or oppression and aggressing that are clearly unjust.

Allah instructs us in the Qur’an:

“And cooperate in righteousness and piety, but do not cooperate in sin and aggression. And fear Allah; indeed, Allah is severe in penalty.” [Qur’an – 5:2]

“O you who have believed, be persistently standing firm for Allah , witnesses in justice, and do not let the hatred of a people prevent you from being just. Be just; that is nearer to righteousness. And fear Allah; indeed, Allah is acquainted with what you do.” [Qur’an – 5:8]

Even our opposition or dislike towards a group of people should not lead us to diverge from being just. If the side we are supporting commits acts of aggression, we must not pass it off as something acceptable.

Everyone makes mistakes and there all types of people on practically every side.  Rogue elements, the ignorant, troublemakers and those who cannot contain their emotions are present almost everywhere. We must be realistic and must not expect perfection from everyone on the side we are supporting, nor project our side as being perfect.

Also, in the Qur’an, Allah gives us an important principle regarding any news that we receive: Verify it, especially if it leads you to pass judgement and take action against others. Just because something is reported on the news or is recounted to us by someone on the ground doesn’t necessarily mean it is exactly as reported, especially when it involves putting blame on others. In complex conflicts, there can be many elements involved with differing interests.

For example, if there are reports that innocent people were killed due to a bombing, the act itself should be condemned, regardless of who carried it out. One should be cautious about laying blame though, especially if those being accused are denying responsibility. After all, making false accusations, without any evidence, is also a very serious crime.

Propaganda and deception are a big part of most conflicts, so most news should be taken with a grain of salt. It could be as reported or there could be more to it, so be careful and don’t just accept everything you hear, read and see.

Finally, let us remember the advice of the Prophet (peace and blessings be upon him):

“Whoever believes in Allah and the Last Day should say [something] good, or he should keep silent.” [Reported by Bukhari, Muslim and others]

Thus, before we speak in any exchange, we should ensure that we are offering words of goodness that are likely to be meaningful and beneficial. Otherwise, we are better off remaining silent.

Political differences regarding the best way forward for a community and nation are nothing new. In Islamic history, such differences can be traced back to soon after the passing of the Prophet (peace and blessings be upon him).

But as civilized human beings and especially as Muslims, we must always be guided by the principles of justice, goodness, righteousness and must not be blinded in either support or opposition.

May Allah unite the hearts of the believers in goodness. May Allah shower His mercy and forgiveness upon all our innocent brothers and sisters who have lost their lives. May He grant peace and security for the innocent everywhere and protect their homes, properties and places of worship. May Allah bring true peace, justice and stability all over the world, particularly in Muslim countries – ameen!

Sikander Hashmi is the Imam of the Islamic Society of Kingston (Ontario) and a  writer, teacher and marketer.

This article was originally published in the August 2013 issue of the Islamic Society of Kingston’s newsletter, The Bond.