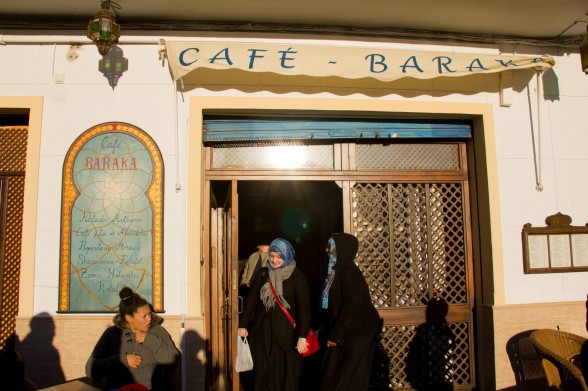 (September 10, 2013) – A halal organic restaurant has become a popular meeting place in the celebrated Alpujarras region in the province of Granada, Spain.

“Café Baraka is a place of meeting for the people of the Alpujarras who like natural and organic food,” Qasim Barrio Raposa, owner of Café Baraka told IQRA. “Everybody who visits us likes our ambience and our meals.”

Located in the town of Orgiva, the capital of Las Alpujarras, Café Baraka uses organic produce in its dishes and it supports the local producers of the area. 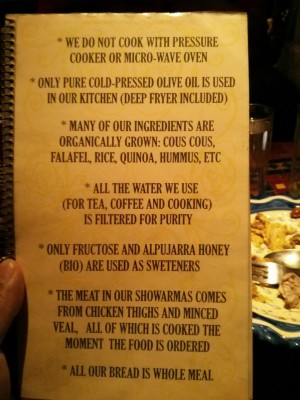 As a Muslim, Qasim wanted his business to reflect his philosophy so he has a no smoking and no alcohol policy and he serves halal food with many vegetarian and vegan dishes.

“We usually have animals like chicken or lamb and we sacrifice them according to halal standards,” said Qasim.

“With a number of organic food shops in the village there is a thriving organic food scene,” Qasim added. “We try as much as possible to use locally sourced produce.”

Café Baraka bills itself as a ‘restaurant / tea bar / ice cream stall / cafeteria’ all rolled into one.

An assortment of pastries are sold, as well as, teas ‘sweetened with fructose or honey from the Alpujarras.’

From May to October, homemade ice creams, milk shakes and lemonades are offered. 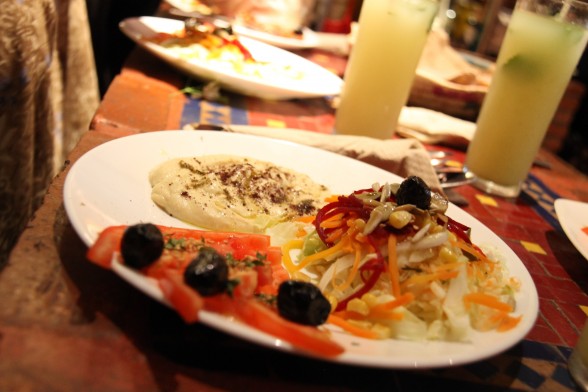 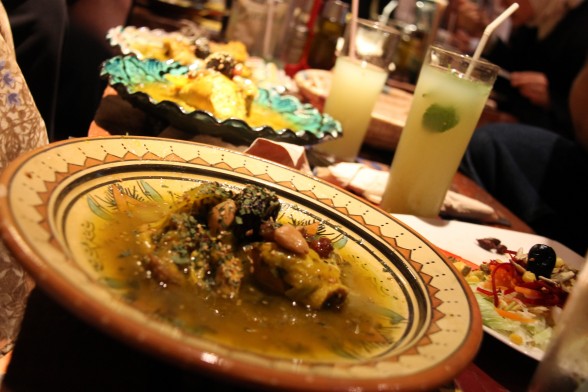 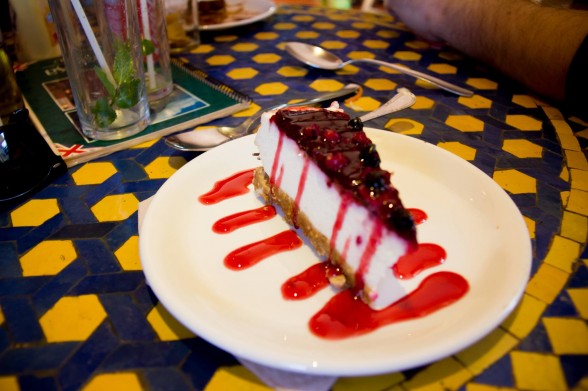 Orgiva is a cosmopolitan town with a colorful mix of nationalities living together in a bohemian atmosphere.

The town is located amid the stunning sweep of mountains and river valleys of the Alpujarras and the surrounding landscape is blanketed with olive, lemon and orange groves.

The Alpujarras area was placed on the radar of Westerners by British musician Chris Stewart (of Genesis fame) in his hugely successful book, “Driving over Lemons.”

The region, comprised of fifty-odd villages, was the last stronghold of the Spanish Muslims after the Castilians took Granada in 1492. 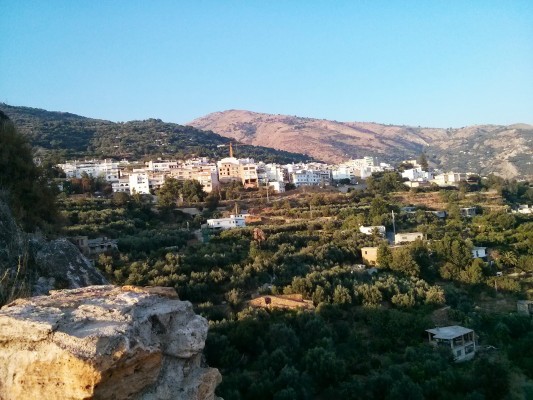 The Muslims who refused to convert to Christianity took to the hills, settling in this remote area.

The Muslim legacy is still evident in Alpujarras region, their last stronghold – it can be seen in the architecture of the buildings, to the minarets that were transformed into church towers, to the irrigation system that was maintained and still used today, as well as, in the Mudéjar building.

Today, the region attracts Europeans and Americans – free-thinkers, utopians and hippies – looking for an alternative lifestyle or vacationers looking for a laid-back holiday location.

Orgiva itself comprises of little more than a few main streets lined with restaurants, cafes, bars and businesses.

There are few specific sights in the town but its charm lies in its Thursday market in the streets just above the town square, its alternative communities and its eclectic mix of people and activities.

There are vegan health food shops, jazz and world music nights, and yoga classes that pull in many visitors.

Qasim Barrio Raposa was lured to Orgiva by his spiritual quest.

“Twelve years ago I started to have a calling for Islam and I began to study some books,” he said. “I went to the mosques and came into contact with the Sufi Naqshbandi order in Spain which led me to visit the Orgiva community.”

“Most of the Muslims there are converted people from occident – European, American – and live in the countryside,” Qasim added. “In one of these visits, I started a business with one brother from the community and we called it Café Baraka.”

Qasim’s journey to Orgiva would lead him to accept Islam and to leave his native Bilbao where he had worked in the restaurant sector.

“In one year I converted to the Islam and I left my home town and came to Orgiva to live in a ‘halalway’ because my job was always a waiter in a restaurant,” he said. 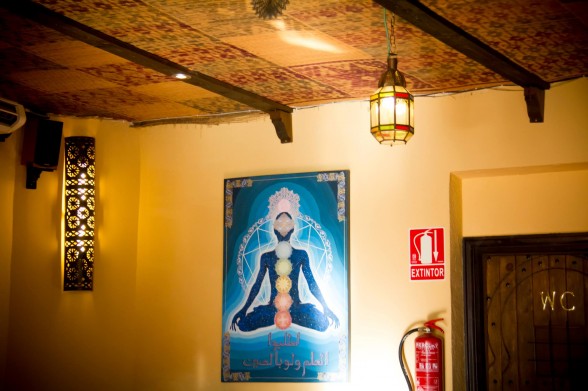 The Muslims of Orgiva

According to Qasim Barrio Raposa, the Muslims in the Alpujarras region are a close knit community.

“We are about 20 families, about 100 people, and most of us converted to Islam,” he told IQRA.

“We have been here for about 25 years and we are totally integrated with the people of the area.”

“Everybody knows the Muslims and Café Baraka in Orgiva,” he added.

The communal life of the Muslims have been taking shape over the years.

“We have a place in the cemetery,” said Qasim. “We have a big place of meeting (dergha) in the countryside and we help each other.”

“Ramadan is very easy here because the environment is very relaxed in general and we can meet every day,” he added.

According to Qasim, many people arrive in Orgiva searching for meaning to their lives.

“A lot of people arrive in Orgiva searching for meaning in their lives – Orgiva is famous for that – and some of them find the Islam here with our community, Al-Hamdulilaah.”

Visit to Café Baraka was arranged by Andalusian Routes: http://www.islamicspain.co.uk