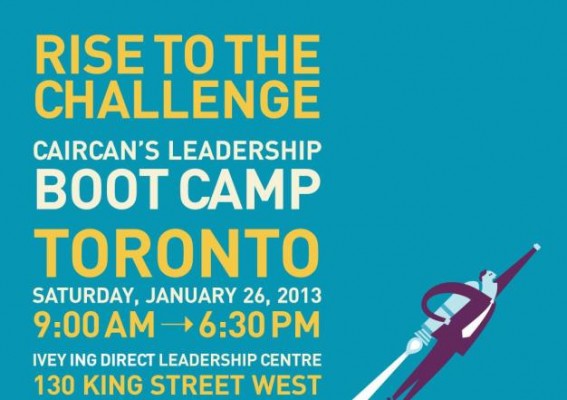 “Does jihad justify terrorism?”
“A television crew is here at the mosque, they want to interview somebody – NOW!”
“Have you heard about the latest security legislation – what are your thoughts?”

Canadian Muslims regularly face these types of questions from colleagues, friends, neighbors, and sometimes the media about their faith and about political issues related to the community.

It isn’t always easy to know what to say, or how to say it.

But what most people don’t realize is that even the most skillful public figures seek out professional advice on communicating their message.

The Canadian Council on American-Islamic Relations (CAIR-CAN) will be offering hands-on training as part of their Leadership Boot Camps, set to take place in Toronto and Vancouver later this month and in early February.

“We want to help train Canadian Muslims on how best to respond to the various challenges they face in the public sphere, whether as individuals, or as community leaders,” explains Ihsaan Gardee, Executive Director at CAIR-CAN. “We also want to provide valuable information that will enhance understanding about the political landscape and the critical issues facing the communities.”

The one-day conference will take place first in Toronto on January 26 and the following week in Vancouver on February 2nd.

The program will consist of five interactive workshops with CAIR-CAN professionals in the areas of civil liberties, media engagement, countering Islamophobia, and Islamic awareness training.

Experts in public speaking will deliver workshops as well.

For ticket information, or to sponsor someone to attend, visit www.caircan.ca or phone 613-254-9704.

A limited number of subsidized tickets are available.