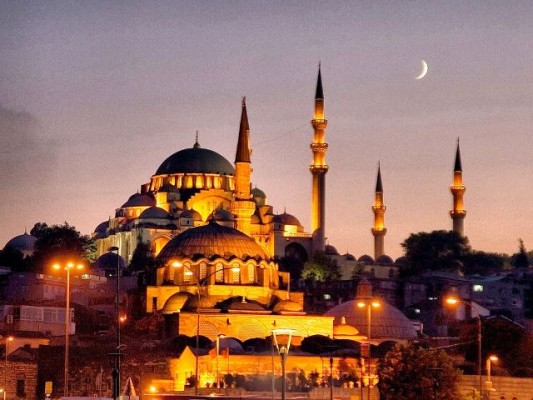 It concerns me that Islamophobia, an irrational fear of Islam and animosity toward Muslims, is becoming a dominant paradigm through which all Western-Muslim relations are now being explored. A conglomerate of five Universities, led by Yildiz Technical University and the municipality of Beykoz province in Istanbul Turkey, organised an international workshop on Islamophobia from 25-27 January in Istanbul. Scholars from the United States, the UK, Europe, Russia and Turkey sought to define and understand the rather inexorable growth of anti-Islam and anti-Muslim sentiment in the West. Increasingly scholars are seeing Western politics and policies through the lens of Islamophobia.

We must not forget that there is more to Western-Muslim dynamics than mutual fear and hostility.

The workshop, like most such workshops, was eclectic and highly informative. We learned the stories behind the stories about Islamophobic episodes that are now frequently reported in the global press. We got very nuanced perspectives from experts who have been studying specific elements of Islamophobia in different Western countries and the historians helped us place current events in historical context.

Two themes dominated the conversation. Nearly everyone agreed that Islamophobia was on the rise in every country in the West. Additionally nearly every scholar tried to explain Muslim-Western relations within the context of “historical Islamophobia.”

I whole-heartedly agree with the first sentiment, but disagree with the second notion that contemporary Islamophobia is merely a continuation of the West’s historical animosity towards Islam. This distinction is important because, while we can’t change the past, we can change the rhetoric, behaviours and politics of today.

Islamophobia is a chapter, not the theme of the book that tells the story of Islam and the West.

It is important that while recognising historical continuity we must understand that contemporary politics are fuelling Islamophobia. In Europe, the growth of the Muslim population coupled with an assertive Islamic identity is causing an existential anxiety and fear of cultural shifts.

In the United States, Islamophobia is triggered by the lingering anger over the attacks of 11 September and the Arab-Israeli conflict. The term Islamic terrorism, for example, used time and again during the recent Benghazi debriefings, associated violent crime and murder with religion in a way that no other instances of violent extremism perpetrated by another group have ever been. But the good news is, we can change the way we speak about Islam and terrorism more easily than we can assuage an irrational fear based on an imagined past.

The successes of the Muslim Diaspora in the West and the progress made in interfaith relations are two areas that cannot be subsumed under the Islamophobia narrative.

There are in the West, albeit less powerful than others, movements and institutions committed to fostering a dialogue with Muslims. The Common Ground News Service is one among many examples, and their presence and vitality belies the rubric of Islamophobia. Some of the most incisive criticism of Islamophobia is coming from Western scholars and intellectuals, many of whom are not Muslims – John Esposito, Deepa Kumar and Peter Gottschalk are names that come to mind readily.

Undoubtedly, the relations between Muslim-majority and Western countries have been contentious and even hostile. But there has also been an enduring dialogue and sporadic strategic and cultural cooperation between them. Yes, there is rise in Islamophobia in the West that no one can deny. But we have also witnessed the emergence of rich, diverse and culturally vibrant Muslim communities in nearly every Western country. Western ideas and technologies profoundly influence Muslim societies. And Islam, by becoming its second religion, is transforming the cultural identity of Europe.

History matters, but we must not let it obscure the fact that contemporary politics, and the misguided use of Islam as a pretext for criminal acts is driving Islamophobia. We cannot rewrite history, but we can certainly reconstitute politics and public discourse to overcome prejudice and foster understanding.

There are enough people on both sides who value positive and mutually beneficial relations between Western and Muslim nations. If this concern can shape the language we use to talk about each other, then harmony, or at least peace rather than fear, can become the conclusion of the book that tells the story of Islam and the West.

* Dr. Muqtedar Khan is Associate Professor at the University of Delaware and a Fellow of the Institute for Social Policy and Understanding. Common Ground News Service (CGNews).