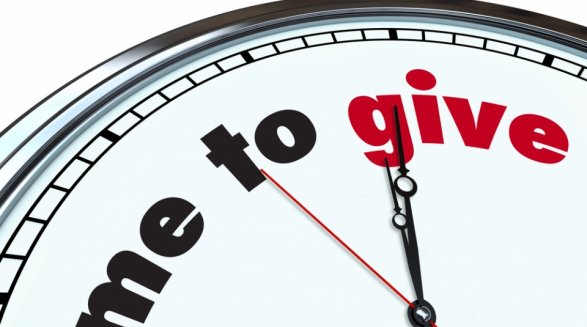 (July 29, 2013) – As we move into the last 10 days of Ramadan, the intensity and length of fundraising activity in our mosques increase accordingly.

While an absolute necessity, I find some of the tactics questionable.

A few years ago, when the mosque in my neighbourhood was being built, I sat through a 1 hour fundraising on ‘khatam’ night.

The next year, I showed up an hour after Isha’ prayers to find the fundraising still going on.

So the year after I showed up an hour and half after Isha’ prayers and found people leaving the mosque.

I panicked, thinking I had missed the prayers.

Once I got inside, I met a friend who told me, “they did fundraising, prayed 4 rakaats of taraweeh and just started fundraising again.”

In fact, I’ve stopped going to fundraising dinners altogether, and so have many of my friends.

I prefer to make my donation online or via snail mail, without sitting through what has become ‘traditional’ fundraising.

Let’s once again recognise one thing before moving on – mosques and other charitable institutions depend on donations.

Raising funds is part of the process.

This is not about stopping it, but making it better.

Here are some things for mosque leaders to think about:

The main objective of worshippers on taraweeh or ‘khatam’ nights is to pray. They’re not attending a fundraising dinner. Establish a time limit and stick to it. People attend, in particular, ‘khatam’ nights to participate in the often lengthy dua’s that follow. Until the taraweeh starts, they’re pretty much hostage to fundraising. Don’t abuse them. I did a thoroughly unscientific survey of my friends, asking them how long would be enough for fundraising on taraweeh nights. The answers ranged from “5 minutes before taraweeh, 15 minutes on khatam night” to “15 minutes on weekend taraweehs and 30 minutes on khatam night”. No one wanted more than 30 minutes of fundraising in any situation. Some mosques who go on for more than an hour are abusing those who showed up to worship.

In non-Ramadan situations, you have guests waiting to eat while you fundraise. This is another hostage situation that you can abuse. I don’t know of anyone who feeds their guests before fundraising. Obviously, if you did that people would leave after eating. Not many want to sit around to go through the fundraising pitch. We understand you have to raise money. Don’t starve me – set a time limit, say 30 minutes, and then stop.

I can understand a mosque needing to raise a million, $800k etc. while the mosque is being built. Once it’s up, why are you still asking the community for $500,000 – in particular, when you still hasn’t spent the money I gave you last year? The community has limited resources, and they are invested in a very skewed way. We’re still spending a large proportion of our wealth on building bricks and mortar structures in every neighbourhood. Why not help those activities (anti-poverty, food banks, youth engagement, civil rights) that are woefully underfunded, or help someone else build a mosque? Civil rights is one area that gets very little attention from the community. That’s just tragic, given the increasing amount of Islamophobia around.

There are, or should be, only 2 parts to your fundraising. First tell me what you did with the donations and zakat money I gave you last year. If you haven’t spent it, why?

Then tell me why I should give you more money this year. Try to go beyond, “build a house in Jannah.”  Tell me about exactly how you will use my money and how it benefits both, the Muslim, as well as, the mainstream community. Don’t use guilt and don’t blackmail me. I understand those are powerful tools for you to raise money, it doesn’t mean you should focus on them. Have the strength to focus on projects, rather than “your kids will end up on drugs if you don’t give us money.”

Fundraising, especially in Ramadan when Muslims are in a heightened state of faith, should not be abused.

We understand you have to ask, and we want to contribute.

Just respect us and our time.

*Naeem Siddiqi tries to be a community activist. He is based in Markham, ON.