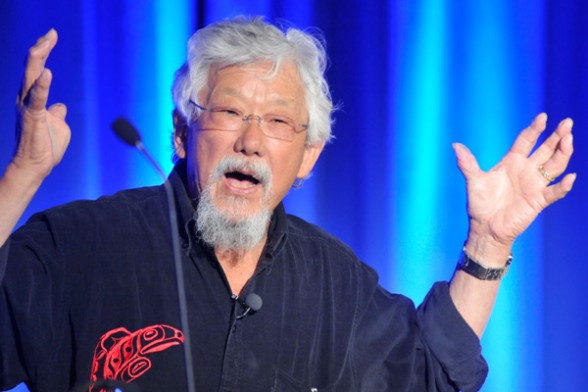 (October 23, 2013) – David Suzuki has earned the admiration of 57 per cent of Canadians surveyed in the first of a series of studies investigating perceptions towards noteworthy personalities in this country.

Furlong was also among the least known Canadians (63%), joined by Stephen Lewis (51%), Elizabeth May and Belinda Stronach (tied at 29%).

“In a landscape filled with chatter and opinions found in print, online, and all over social media, we wanted to go straight to Canadians and ask them directly what they think about today’s headline makers and high-profile individuals,” says Shachi Kurl, Vice President, Angus Reid Global. “This is the first in a series. Based on our findings, some names may come off the list, others will be added.”

National political leaders came out in the middle of the pack. Liberal leader Justin Trudeau is admired by 34 per cent of Canadians, followed by Prime Minister and Conservative leader Stephen Harper (23%) Green Party leader Elizabeth May (22%) and NDP leader Thomas Mulcair (20%).

From October 9-17, 2013, Angus Reid Global conducted an online survey among 1017 randomly selected Canadian adults who are Angus Reid Forum panelists. The margin of error – which measures sampling variability– is +/- 3%.