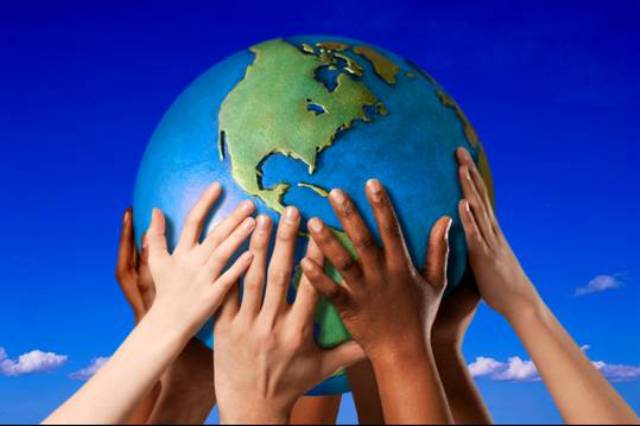 (May 12, 2013) – The Western and Muslim worlds drifted apart in the wake of 9/11. The 11 September 2001 suicide hijackings in the United States were followed by other equally devastating attacks in Bali, London, Madrid, Mumbai and elsewhere in the world, all of which were conducted in the name of Islam. After more than 10 years and two bloody wars in Muslim-majority countries waged by the United States in the name of fighting terror, tensions remain high between Muslim societies and the so-called West.

Many people still subscribe to the view of a world divided by cultural affiliation or faith. They see two civilisations that are incompatible with one another and bound to clash. This view is not only flawed but also dangerous because it risks becoming a self-fulfilling prophecy.

One glaring flaw in the theory of two contesting civilisations is that there is no one single “Muslim world” just as there is no one single “Western world”. The world is not as black and white as this view portrays. There are as many different shades of Muslim culture as there are of Western culture. Those who have chosen to ignore this have played up the differences and helped contribute to existing tensions.

The world’s Muslim population, for example, is so diverse that it is hard to ascribe one single culture to it.

Geographically, it spans from Indonesia to Morocco, and includes substantial Muslim populations in countries like China, India and the United States, as well as throughout Europe. Other than some shared religious rituals, however, there is almost nothing linking Muslims in Indonesia with their brothers-in-faith in, for example, Saudi Arabia, Pakistan or Turkey. They have little in common, culturally as well as politically.

Lumping all 1.6 billion Muslims together leads to misleading generalisations and dangerous stereotyping. One such stereotype is that all Muslims are violent – a perception that has further perpetuated Islamophobia in the West.

As long as people subscribe to a worldview divided along different civilisational lines – the West and the Muslim world – they are unlikely to bridge the gap or overcome mutual suspicions. The tension will not go away and instead will be constantly exploited by extremists in both camps, whose objectives are anything but peace. There are many groups in Muslim-majority countries which would profit politically by playing up the anti-West or anti-American sentiments, just as there are groups in the West who exploit anti-Islam sentiments in their societies.

While many people around the world have been working tirelessly to try to bridge the gap, by accepting the view that the world is divided along civilisational lines, these well-intentioned people are essentially still dancing to the drum of war beaten by extremists.

Instead we must now dance to a new beat, one that promotes peace and unites the world as a single civilisation with as many cultures as the world can take.

We can do this by ceasing the view of the world as divided between Muslims and the West. People in these two worlds may have different cultures and traditions and are at different stages of economic development. But on the other hand, they have other things in common. They have the same aspirations when it comes to freedom, democracy, dignity and prosperity. The fact that Arab youth were willing to rise up en mass to fight for these aspirations during the Arab Spring in 2011 proved just that.

We have a much better chance of meeting these mutual aspirations by collaborating, than by competing or fighting one another.

There is only one civilisation in place today, one that has evolved and developed over hundreds of years, and in which Muslims and Westerners have each played a leading role. Nations cannot and must not be defined only by the faith of the majority. The sooner we accept this, the better it is for the world to collaborate and address common problems and challenges together.

* Endy Bayuni is a senior Indonesian journalist at the Jakarta Post. This article, the second in a series on contemporary Muslim-Western relations, was written for the Common Ground News Service (CGNews).