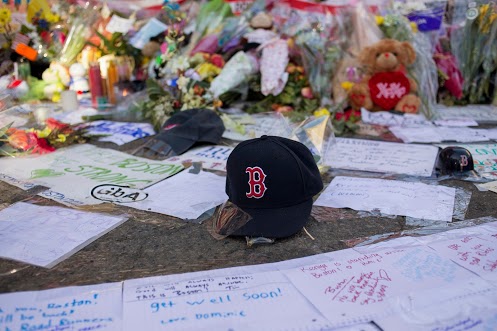 (May 2, 2013) – The horrific Boston Marathon bombings on 15 April, and the outstanding questions regarding the alleged perpetrators ties to violent extremist movements abroad, is a reminder that the fight against terrorism is on-going. Introduced in 2010 by President Barack Obama’s Administration, “Countering Violent Extremism” (CVE) is the latest incarnation of this fight against terrorism. Utilising soft and hard power, development, education and other preventative measures, it is a shift from the reactive and militarised response to terrorism in the past decade.

A core aspect of CVE is empowering and partnering with local Muslim communities, as formalised in the White House’s 2011 Strategic Implementation Plan for Empowering Local Partners to Prevent Violent Extremism. Though many experts agree that this strategy will be effective over time, an elephant in the room remains: mistrust and misinformation between Muslim communities and government agencies.

Several US government agencies are working to put into practice the White House’s emphasis on community empowerment and engagement. The Department of Homeland Security’s Office for Civil Rights and Civil Liberties actively meets with local Muslim leadership around the nation to build relationships, provide information about government resources and accept feedback or concerns. The Department of Justice employs the Community Relations Service to engage at the local level to address tensions arising from differences of race and national origin.

But neither of these agencies have the manpower or resources to connect with the thousands of Muslim communities across the country. It falls then to local agencies, specifically local law enforcement, to be that bridge-builder.

The gap between law enforcement and Muslims is no joke. According to a research brief by the National Consortium for the Study of Terrorism and the Responses to Terrorism at the University of Maryland, 89 per cent of state law enforcement agencies agree or strongly agree that “Islamic jihadists” (a problematic term given jihad simply means “struggle” in Arabic) pose a serious threat to the country, while 62 per cent say that “Islamic jihadi groups” exist in their states.

On the other hand, Muslim communities themselves are largely suspicious of law enforcement due to the kinds of surveillance tactics used by the New York Police Department (NYPD) as well as reports of officers being trained using bigoted, anti-Muslim materials and trainers.

The fear and suspicion on both sides poses a tremendous hurdle for CVE work. A meeting of these two communities has to be predicated on sound information about the other.

Conducting trainings for local law enforcement agencies, I’ve learned that the fear of widespread bigoted training of officers is a misconception. Rather, there is almost no training given to them at all. At least 90 per cent of police officers, including outreach officers, intelligence analysts and correctional officers who attend our trainings say they have never received training — cultural competency or otherwise – on Islam or how to engage Muslims. The lack of formal training is often a result of budget issues.

When questioned about how they get information on Islam and Muslims, one intelligence officer told me she “used Google.” This accounts for the discrepancy between the perception law enforcement has of the danger of Muslim extremism and the actual statistical threat, reflecting a similar misperception among the general public.

In Muslim American communities, the only programming that has consistently been given since 9/11 is “know your rights” trainings, which are important in terms of protecting the civil liberties of Muslims, but also reinforce the narrative that Muslims and the government are opposing forces.

There are two simple but effective partial solutions to these issues. First, as part of annual in-service training, a basic introduction to Islam and cultural competency must be implemented for law enforcement in regions where large Muslim populations exist. In-service requirements exist for all law and correctional officers, and including components on working with Muslim communities would help counter existing negative perceptions of officers and officials.

Second, law enforcement leadership must engage in consistent outreach to local communities on a diverse array of issues – this builds a relationship through which Muslim communities can provide resources on Islam and cultural competency to their local law enforcement agencies, overcoming funding issues.

In the wake of the attack in Boston and the ensuing suspicion of Muslims reflected in debates on immigration and prosecution policies, the need for consistent engagement between law enforcement and Muslim communities is more important than ever. And while CVE is a relatively new effort that is still being fleshed out, it would be remiss not to fully commit the resources needed to succeed.

* Rabia Chaudry is an attorney and the President of the Safe Nation Collaborative (www.safenationcollaborative.com), a CVE training firm providing resources to law enforcement and Muslim American communities. This article was written for the Common Ground News Service (CGNews).