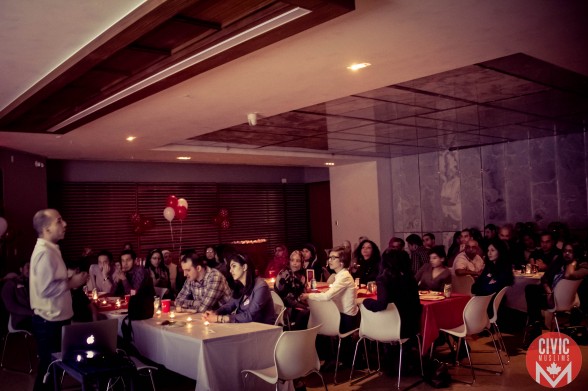 Canadian Muslims marked Earth Hour on Saturday evening in Toronto with a candlelit dinner and conversation about climate change and the current state of the environment.

“Earth Hour is a global movement that unites individuals in protecting the environment,” Muaz Nasir, Founder of the Think Green Khutbah Campaign and Khaleafa.com, told IQRA.

“The simple action of turning off the lights raises awareness of broader environmental issues that affect us now and have implications on future generations.”

It featured a showing of the popular short documentary, The Story of Stuff, and presentations by a number of environmental leaders in the Canadian Muslim community.

“To celebrate our organization’s first year we couldn’t have asked for a better event that brings this many people together to celebrate Earth Hour,” Mohamed Awad, Founder of CivicMuslims told IQRA.

“We’re spending a candlelit evening together and enjoying dinner but at the same time we’re learning about environmental issues and coming together over this cause.”

Earth Hour is a worldwide event organized by the World Wide Fund (WWF) and held towards the end of March annually.

Earth Hour first took place in 2007 and many other cities around the world adopted the event in the following year. 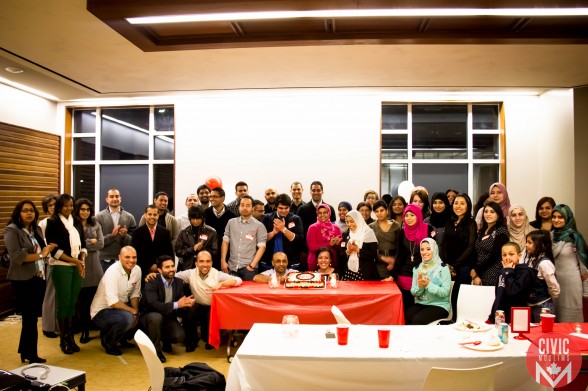 It aims to encourage households and businesses to turn off their non-essential lights for one hour to raise awareness about the need to take action on climate change.

This year, it is estimated that people in more than 7,000 cities and towns around the world turned off lights for an hour from 8:30 to 9:30 p.m. local time.

Toronto’s electricity demand is estimated to have dropped 205 megawatts, or roughly seven percent during Earth Hour.

This is equivalent to removing about 92,000 homes off Toronto’s electricity grid.

The evening’s program began with a showing of The Story of Stuff, a 20-minute, fast-paced, fact-filled look at the underside of production and consumption patterns.

Following the documentary, there were a number of short responses by panelists, Dr. Hind Al-Abadleh, Associate Professor of Chemistry and Associate Director of the Center for Women in Science at Wilfrid Laurier University; Afeefa Karim, Assistant Director of the Regenesis Project; and Aasiya Hussain, Founder of Ecohesian Inc. and Site Coordinator of the Great Canadian Shoreline Cleanup at Finch Meander in Rouge Park.

“A consumer-based society, our business as usual activities, are forcing the natural equilibrium to shift in one direction only and that is the direction of depletion and pollution and weakening the whole system from self renewal and self recovery,” said Dr. Hind in response to the documentary.

Afeefa Karim, Assistant Director of the Regenesis Project, asked the audience to be aware of the effects of a consumption based culture.

“Be sure that we remember that it is not the material things, like the actual cell phones or computers that we have that are good or bad, but it is the priority that we have and the role that we accord them that is problematic and we need to be very critical of that.

“The theme of this event was devoted to environmental and social impacts of consumerism and the panel touched upon the importance of re-evaluating our purchasing habits and taking into consideration the entire lifespan of these consumer goods,” said Nasir, the founder of the Think Green Khutbah Campaign. 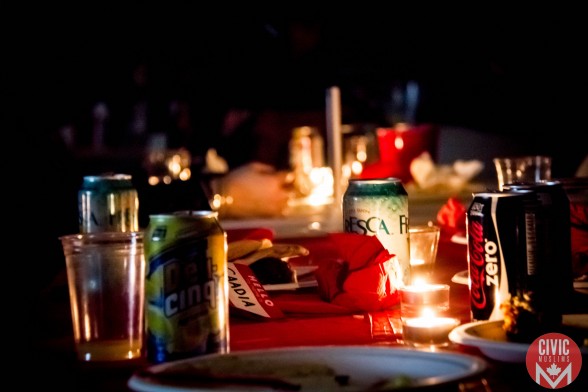 “There are several references in the Quran that warn us against waste and consuming in excess.”

“The goal of the Campaign is to raise awareness of environmental issues within the broader Muslim Community,” said Nasir who founded the Green Khutbah Campaign last year.

“On Friday April 19th, 2013, imams are being requested to deliver a Khutbah on an environmental topic to raise awareness on the challenges facing humanity.

“We look forward to the second year of CivicMuslims and we hope to have more initiatives like these to raise awareness about issues in our community,” added Mohamed Awad, Founder of CivicMuslims.