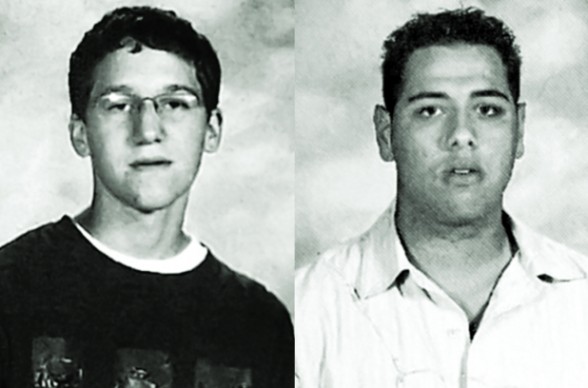 (April 2, 2013) – Canadian Muslim leaders in the city of London, Ontario are rejecting any links of their community to extremism following media reports that two young Canadians were involved in the Algerian gas plant attack in January.

“I want to make it very clear that the Muslim community unequivocally condemns the alleged acts of these two individuals,” Rob Osman, Chair of the London Mosque, told a news conference on Tuesday.

“The Muslim community in London, Ontario has worked hard to combat radicalization with authorities.”

A special news investigation by the Canadian Broadcasting Corporation (CBC) has revealed the identities of the two Canadians as Xristos Katsiroubas, 22, and Ali Medlej, 24.

Both died along with nearly 30 other militants and 37 foreign workers during a four-day standoff that began January 16 at an Algerian natural gas plant.

The young Canadians were high school friends and grew up in a middle-class neighborhood in the city of London, Ontario.  Xristos Katsiroubas came from a Greek Orthodox family and converted to Islam in his teenager years

“I want to start by reminding everyone that this is a difficult time, not only for the victims and families of the attack who are now reliving the details but also the families of the alleged perpetrators,” said Rob Osman.

“I understand that this is an important breaking story but I would also encourage you to be sensitive to these victims as well.”

Dr. Munir El-Kassem, Imam of the Islamic Centre of Southwest Ontario, also spoke at the news conference, and said that Muslims are concerned about the news of two young men from their city being involved in this incident.

“We condemn these things together, not only as a Muslim community but as members of the community at large,” Dr. El-Kassem said. “Faith and terrorism is an oxymoron. They do not exist together.”

Rob Osman said that the London Muslim community has been working with security agencies to combat radicalization of youth.

“The Muslim community in London, Ontario has worked hard to combat radicalization with authorities,” Osman said. “We have recently hosted a fair on public security that brought in the RCMP, CSIS, Department of Justice and Canada Border Services Agency into our prayer hall to bridge gaps between our community and our youth.”

Dr. Munir El-Kassem expressed concern that there could be a backlash against Muslim youth.

“Members of our community deserve to continue to live peacefully and away from anxiety and concern,” he said. “We have to work together to combat global phenomena that are affecting all of us.”

At the press conference, Rob Osman said religion is not the cause for the radicalization of youth.

“While they may be linked to cut-and-paste interpretations of a particular religious belief system, a closer examination of root causes often point to political objectives, isolation and alienation and their search for excitement and meaning common to many youth,” he said.

“The association of London Muslims has, and will, continue to unequivocally condemn violent extremism of any kind as this is the opposite to the core teachings of Islam and we are committed to ensuring the safety for our country and fellow citizens, including effective security measures.”