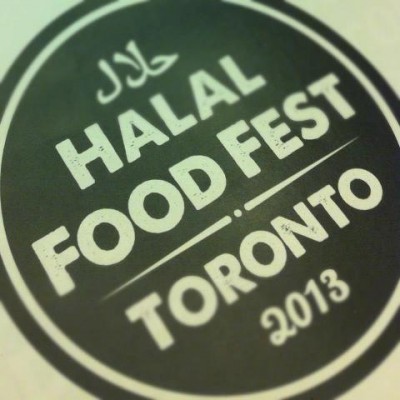 (June 2, 2013) – The first ever Canadian halal food festival drew record-breaking crowds over the weekend at the International Centre in Toronto and showcased the diversity of the halal marketplace in a major North American city.

“Halal Food Fest TO is dedicated to the halal food scene, and hopes to showcase the variety and diversity that makes Toronto what it is,” Salima Jivraj, Marketing Director of the Halal Food Fest, told IQRA. “We’re hoping that the food festival inspires and encourages more businesses to look into halal alternatives – it’s also a way for us to educate the general public about halal food.”

The festival was overwhelmed by thousands of visitors who came from the Greater Toronto Area, as well as from cities across Canada, and from as far as the US.

Lineups wrapped around the 100,000 sq ft facility as attendees had to wait as long as 2 hours on Saturday to gain admittance to the festival.

“I am very pleased to see a flourishing halal food industry in Ontario,” said Kathleen Wynne, Premier of Ontario, in an official message to the festival. “Its growth has supported local farmers and businesses, and given consumers more choice.”

“Beyond that, halal food is an expression of the vibrant multicultural society that we have built together,” the Premier added.

The two-day event showcased over 60 food booths in a well-planned Sample City and attendees had a chance to try a wide variety of cuisines from around the world.

Visitors also enjoyed seminars, demonstrations and competitions at a Community Stage and were able to take part in cheese-tasting seminars hosted throughout the festival by the Dairy Farmers of Canada.

There were interactive exhibits, a Street Fest with more food booths, a large children’s area and another outdoor stage where chefs provided cooking demonstrations with halal food products.

“We are so proud to sponsor the first Canadian Halal Food Festival and support the diverse needs of Canadians with a variety of wholesome, high quality, hand slaughtered halal chicken that our consumers can enjoy,” says Pam Kellogg, Sr. Marketing Director of Mina Foods.

The festival also featured popular comedian Azhar Usman and up-and-coming nasheed performers, Mustaqeem. Visitors also had the chance to give back to the community by donating non-perishable items to a local charity, Muslim Welfare Centre.

The idea of holding the festival grew out of the experience of founder, Salima Jivraj, while she was doing reviews of halal food establishments in Toronto.

“For the past two years, I’ve operated a website, halalfoodie.ca, dedicated to providing reviews for halal restaurants and products in the Greater Toronto Area,” said Salima Jivraj. “Our reviews are well-received and I’ve noticed that more and more Muslims want more variety in their choices of halal food.”

“Gone are the days when halal food meant shawarma or biryani,” she added.  “Now you can get halal Italian cuisine and even Japanese dishes.” 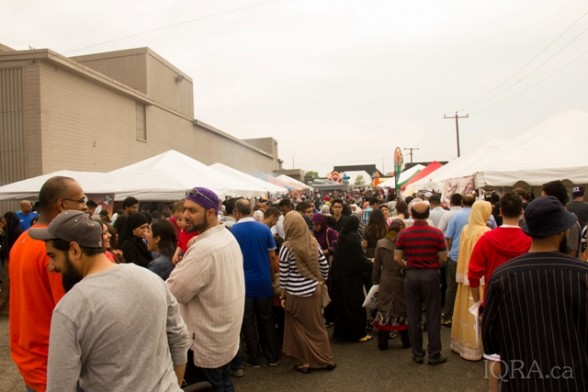 Jivraj hopes that the festival will help promote the halal industry in Canada.

“We hope that people will feel connected to their city and the fact that they have so many options, it really is a celebration,” she said. “Having more options and availability will help foster growth in the industry as well.”

The Greater Toronto Area has one of the largest Muslim populations of any North American city and has fast become the magnet for major Muslim conventions and festivals on the continent. The city is already home to two of the largest gatherings of Muslims in the West – the annual Reviving the Islamic Spirit Convention and the summer festival, MuslimFest.

The Canadian domestic halal meat market value is estimated to be $214 million with an average annual household expenditure of $1,623, according to a study by the Alberta Agriculture and Rural Development.