(February 1, 2012) – A terrible tragedy struck a Winnipeg family on the evening of January 24.
While the father Hamid Farooq was at work, fire engulfed the family’s semi-detached home.
Farooq’s wife Zebunesa Sadiq, 33, his mother Shemeem Akhtar, 60, and his daughters Fayza Peyawary, nine, and Aliza Sadiq, four, all died in the heavy smoke and fire that spread through the home.
His youngest child, Hoorya, a four-month-old girl who had been the only survivor, eventually succumbed to her fire injuries when she was taken off life support on Friday, January 27.
Police say the blaze was an accident, though its exact cause hasn’t been determined.
“I must put my trust in God. I know my family is in Heaven, and they are at peace,” said the devastated Hamid Farooq.
“My children were the centre of my world, my mother and my wife were my strength, and I miss them,” Farooq said at a memorial held at the Manitoba Islamic Association’s mosque on Monday night.
The Muslim community has come together to help.
Shahina Siddiqui, executive director of the Islamic Social Services Association, said community support is helping Farooq through this difficult time.
“There really are no words to appropriately express what this man is going through,” she said.
Community members have been donating to defray the cost of transporting the bodies to Pakistan for burial, the desire of Hamid Farooq.
“The Muslim community is your family,” Ismael Mukhtar, the President of the Manitoba Islamic Association, told Farooq. “The Winnipeg community is your family.” 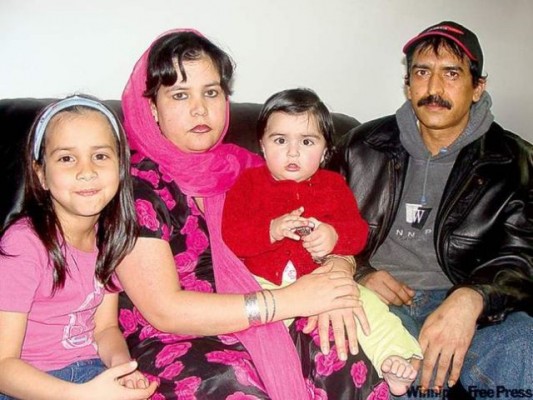 [with files from news media]