Muslims and Christians need to engage in greater dialogue, a Canadian Imam recently told the 138th General Assembly of the Presbyterian Church in Canada .

“In my view, there is no greater issue that faces Muslims and Christians jointly than the pressing need of Muslim-Christian Dialogue,” Imam AbdurRashid Taylor told the gathering. 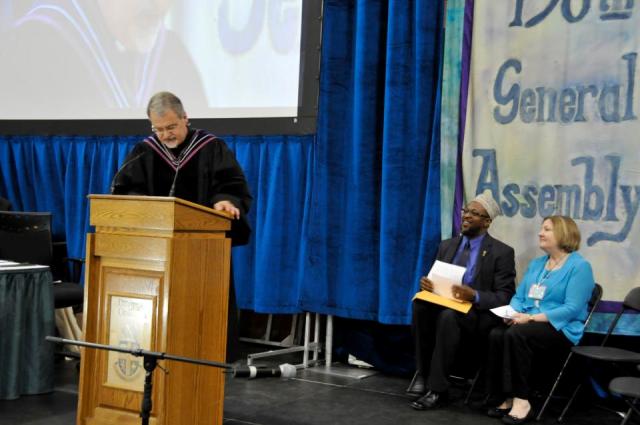 Imam Taylor, whose address to the Assembly was about the importance of Muslim-Christian dialogue, stated that as recent and not so recent events suggest there is no greater issue that faces Muslims and Christians jointly than the pressing need for dialogue.

He said that with increasing polarization of political and religious belief and growing concerns of poverty, pandemic, immigration, refugees and secularization, the world has to work together to seek solutions to the problems that confront us.

Imam Taylor spoke of the work being done at Emmanuel College at the University of Toronto where Muslims now study theology alongside Christians.

He noted that this creates opportunities for each side to deepen their understanding of the other.

(with files from the Presbyterian Church’s Daily Digest, June 8, 2012).