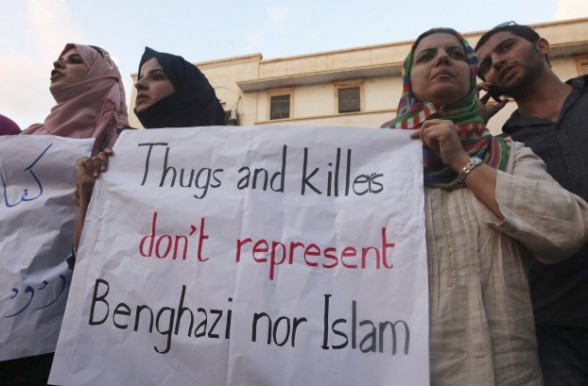 A Canadian Muslim human rights and civil liberties advocacy organization is calling on Canadian Muslims to ignore the movie that has prompted widespread protests across the Middle East and to instead reiterate their commitment to building bridges with others.

“The movie has nothing to do with Islam, nor with the West’s understanding of it. It has everything to do with an agenda aimed at fomenting hatred and bigotry,” says Ihsaan Gardee, Executive-Director at the Canadian Council on American-Islamic Relations. “Canadian Muslims stand shoulder to shoulder with their fellow citizens who support inter-faith dialogue and cooperation.”

“Nothing can justify the taking of innocent lives,” says Mr. Gardee. “The killings and the mayhem are antithetical to the teachings of Islam. Prophet Muhammad faced numerous insults and threats over the course of his life, and he did not retaliate with violent acts.

“This is a time to strengthen the bonds that bind us, and not let extremists on either side create an environment of fear and suspicion.”

Meanwhile, the Islamic Society of North America held a press conference yesterday to condemn the murder of U.S. diplomats in Libya and the attack on the U.S. Embassy in Cairo.

ISNA President, Imam Mohamed Magid, was joined by senior religious leaders and Libyan Ambassador Ali Suleiman Aujali, who together mourned the loss of U.S. Ambassador Christopher Stevens and other Americans.

“The Islamic Society of North America (ISNA) unequivocally condemns the killing of U.S. Ambassador to Libya Christopher Stevens, and his staff and condemns the attack on US Embassy in Cairo. Reports indicate that those who killed him did so as a reaction to a video depicting the Prophet Muhammad (peace be upon him) in a profane manner. Although we believe that this video is hateful and bigoted, this could never be an excuse to commit any acts of violence whatsoever. The Prophet (peace be upon him) is loved and respected by hundreds of millions of people across the world, and no one take this from our hearts. No one should fall into the trap of those who wish to incite anger. The Prophet (peace be upon him) should be our example in everything we do, and even though he was attacked and insulted many times throughout his life, he always reacted with compassion and forgiveness, never with revenge or violence.”