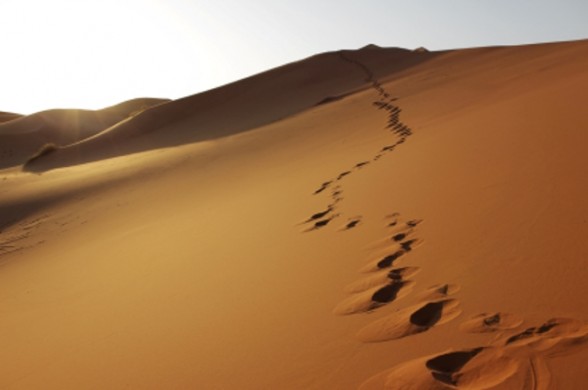 All Praises are due to Allah, Lord of the worlds and may His choicest peace and blessings be constantly showered upon our beloved Prophet Muhammad, forever.

With the new Islamic year of 1434 A.H. upon us, we need to take some time to reflect on the past, analyze the present and project for the future.

Time is precious and moving past us at an ever-increasing rate.

Almighty Allah has revealed to us in His Glorious Book, Al-Qur’an, a divine formula for time. At the end of Surah Al-Hashr (verse 18) we are informed:

O you who believe, have consciousness of Allah and let every soul consider what it has sent on for tomorrow and be careful of your duty to Allah. Surely Allah is well aware of all that you do. And be not like those who forgot Allah, so He made them forget themselves. Surely they are the transgressors.

In this verse, we are blessed with a divine reminder to check ourselves, to fear Allah and hope for His Mercy and then reflect on the future.

What did we actually put forward, what seeds did we plant for the benefit of our families and the uplifting of the Ummah?

Time is critical, for every moment that goes by will never come back. Allah guides us and His awareness of time is complete – for Him, the past, present and future are all the same!

Allah informs us in the beginning of Surah At-Tawbah (verse 36):

Verily, the number of months with Allah is twelve (in a year), so Allah ordained it on the Day when He created the heavens and the earth. Of them, four are sacred. That is the right religion,so do not wrong yourselves…

These sacred months of Dhul Qadah, Dhul Hijjah, Muharram, and Rajab are times in which the believer should strive to uphold the rights of Allah, especially by respecting other people and not being involved in oppression.

When the Messenger of Allah (pbuh) was asked about the fasting on the tenth of Muharram (Ashurah), he said, “It is expiation for the sins of the past year…” (Authentic Hadeeth).

So we should take special care in not oppressing anyone, especially ourselves, during this sacred time and constantly thank Almighty Allah for the blessing of Islam. We have been blessed to be part of an Ummah that is firmly grounded and will be the largest prophetic group on the Day of Judgment. Here are some of these solid foundations:

* The completion and protection of the last testament, Al-Qur’an. Allah tells us: We have, without a doubt, sent down the Blessed Qur’an and We will assuredly guard it. (Surah Al-Hijr: 9).

* The explanation and living example of the Qur’an in the life and teachings of the last Prophet Muhammad (pbuh). There are no more prophets or messengers to come and no individual will ever again attain his station as a lawgiver.

* Thousands of pious individuals from many different races and tribes who accepted the message during the Prophet’s time and formed the best generation in human history.

The world has become so chaotic and dangerous that Muslims are being forced to reinvestigate their relationship with Islam.

We can no longer be Muslim in name but our faith should be expressed with our tongues, confirmed with our hearts and carried out with our limbs.

Our everyday practices should reflect our reality and guide us to make the right choices in the real world.

Therefore, after reviewing the last year and the current situation of Muslims at home and abroad, I recommend ten resolutions for the New Year.

There are many important actions that we need to make, but these ten reflect the actual needs of our community, especially in the Western world.

1.    An increase in Taqwa (consciousness of Allah or piety). This can be developed through constant reflection on our lives, our inevitable death, and our Creator. Spend more time with good people, give sadaqa (charity) in secret, and try to be as conscious of Allah in private as in public.

2.    Strive for a more authentic practice of Islam by separating Islamic principles from cultural norms. A ‘Qur’an-based, Sunnah-explained’ way of life.

3.    Avoid extremes and strive for a more balanced Islamic lifestyle, being committed yet open minded.

4.    Maintain a well-informed understanding of the events in the world and current trends that are affecting our societies and the planet.

5.    Fiqh al-Waaqi’: an understanding and application of Islam that reflects the reality around us and focuses on the most important issues.

6.    Operational unity: Establishing Shura (mutual consultation) at all levels of society, especially on the leadership level. Our tribes and languages are part of our identity but not the most important factor in our allegiance to one another. Even if we have different Islamic centers, there should be a Majlis Shura (consultative council) that every group is represented on. We have one of largest groups in the world if we are united and solid minorities in all continents.

7.    Focus on the most vulnerable sections of our Ummah, especially refugees, poor people, youth and those who are in crisis. Young Muslims in urban cities are increasingly committing suicide and going astray. Our combined communities need to pressure their governments to establish peace and security throughout the Muslim world especially places like Burma, Palestine, Syria, Sudan, Mali and Nigeria. We cannot rebuild in constant warfare and strife.

8.    Focus on empowering new Muslims and enabling them to stand on their own feet through authentic Islamic education, counseling and support. At critical junctures in history, it was the new blood in the Islamic Ummah that led us out of crisis.

9.    Rebuild Muslim families through counseling, support and reconciliation with emphasis on justice and the empowerment of Muslim women.

10.  Outreach to society with the message of Islam and a true representation of our beliefs and practices. Emphasis needs to be placed on presenting the true image of our beloved

Ali ibn Abi Talib (r.a.) said, “When I took possession (through inheritance) of the weapon of the Messenger of Allah (pbuh), I found in the hilt of the sword a parchment saying, “Keep relations with those who cut you off, behave well towards those who treat you badly and speak the truth even if it is against yourself.” (Jami’ al Jawaami’).

May Allah, the Exalted, enable the Ummah of Muhammad (pbuh) to rise out of the ashes of senseless physical, cultural and psychological attack and take its place as the best nation ever raised from humanity.