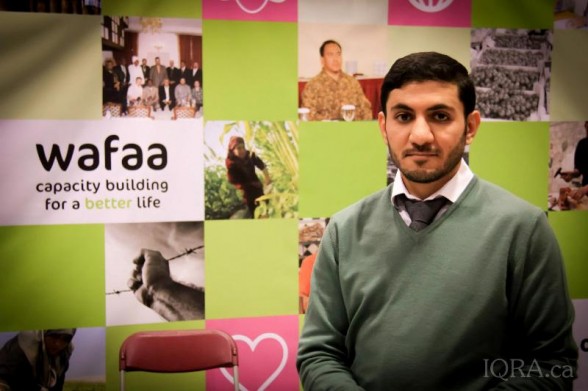 Seeking to tackle poverty in the developing world, a non-profit organization is providing Shari`ah-compliant loans for low-income entrepreneurs to help lead a better life.

“Wafaa is an online micro-financing platform where we act as a middleman between entrepreneurs and individuals who are interested in lending,” Hammam Khaled, Co-founder and Managing Partner of WAFAA told OnIslam.net.

Running under the motto “capacity building for a better life”, the British-based company says it seeks to help low-income people to run own projects.

“We cater for 700 different projects and our total portfolio is almost 2.5 million dollars,” Khaled said.

Wafaa posts the projects of entrepreneurs in need of loans on its website, www.wafaalend.org.

Lenders choose the projects they wish to loan to, beginning with as little as $20.

When the loan is repaid, the Wafaa lender can withdraw their amount or lend to another project of their choice.

“We choose projects through our local partners because we are a very young institution and we rely on organizations that have been working in the field for a very long time,” Khaled said.

Typical projects would be lending money to a person for getting supplies related to their businesses, such as seeds for growing crops or purchasing products for their shops or buying a sewing machine that will give them a way to provide for themselves and their families.

Wafaa prides itself in being Shari`ah-compliant company in providing loans.

“We are different from other micro financing organizations because we are a hundred percent Shari`ah-compliant,” Khaled told OnIslam.net.

“We do this by making loans Qard Hasan.

“Operational costs are covered by donations from businesses and organizations.”

One success story of the company is 25 year-old Ahmed Ali, who lives in Gaza and is the only provider for seven family members.

In 2008, Ali’s store in the West Bank town of Khan Younis was bombed and he lost his job.

Contacting the company for a loan, Ali was provided with $3,000 to rebuild his store.

Microfinance has become common in developing countries where small loans are helping families and whole communities come out of poverty.

Wafa says it seeks to be self-sufficient in it operations in the near future.