ISNA Canada’s 38th Annual Convention is underway at its national headquarters in Mississauga, Ontario and the organizers are hoping to raise the environmental consciousness of participants over the weekend gathering.

“Three guiding principles emerged while planning the convention this year: to reduce the amount of garbage we produce, to choose ethically, and to support local initiatives and talent,” said the organizers.

The theme of the convention is ‘A New Era Unfolds: Rising to the Challenge.’

“This theme was chosen to provide an opportunity to reflect on the dramatic changes which took place at ISNA Canada, in Muslim countries and all over the world,” said Mohammed Bekkari, President of ISNA Canada. “These changes reflect a new way of thinking and behaving.”

The organization is one of the country’s largest national Islamic organizations with a stated mission of ‘establishing a vibrant presence of Muslims in Canada.’

According to the organization’s website, “ISNA exists as a platform for all Muslims who share its mission and are dedicated to serving the needs of Muslims and Muslim communities.” 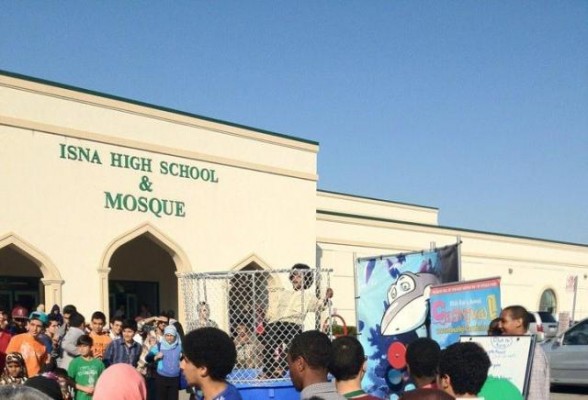 On Saturday, respected British Muslim environmental leader, Fazlun Khalid, called for a review of the Islamic educational curriculum and how teachers are instilling environmental consciousness in students.

“What is it you are telling your students about their connection to Allah’s creation,” Khalid said. “We need to instill this consciousness in the hearts and minds of students.”

He noted that people have become disconnected from the natural world and urged the audience to draw on the Islamic teachings to restore this connection.

“It becomes increasingly important that the balance tips more in favor of conscientious decisions that favor the health of the environment and the well being of the global community,” said the convention organizers. “A green, ethical, Muslim footprint could mean all the difference.”

The Mayor of Mississauga, Hazel McCallion, sent a welcome message to the delegates of the convention.

“On behalf of my colleagues on Council and the residents of the City of Mississauga, best wishes for a successful convention,” said Mayor McCallion. ”I am sure that this convention will enlighten and deepen the understanding of individuals attending and will have a positive impact on their daily lives.”