On the grounds of the Nile Academy, a private Turkish school in the Toronto suburb of Scarborough, an “Iftar Tent” brings the Ramadan spirit to the city.

Every night during the fasting month of Ramadan, a free communal dinner is offered to break the fast in a setting that reminds many of the attendees of their home country of Turkey. 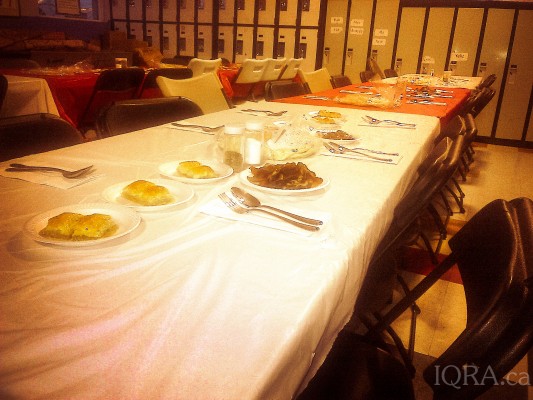 The Nile Academy has set up its grounds with the “Iftar Tent”, colorful lights, displays and a public stage for Qur’anic recitals and devotional performances.

The school gymnasium has been converted into a Mosque to accommodate night prayers during Ramadan.

The home-cooked meals are sponsored by families and an efficient team of volunteers serve the attendees with typical Turkish courtesy and generosity.

On Saturday nights, families stay, to pray, socialize and drink tea and coffee until the morning suhoor meal, which marks the beginning of the fast.

The all-night gatherings are also held during the odd-nights of the last ten days of Ramadan which is the period in which Laylatul Qadr (the Night of Power) occurs. 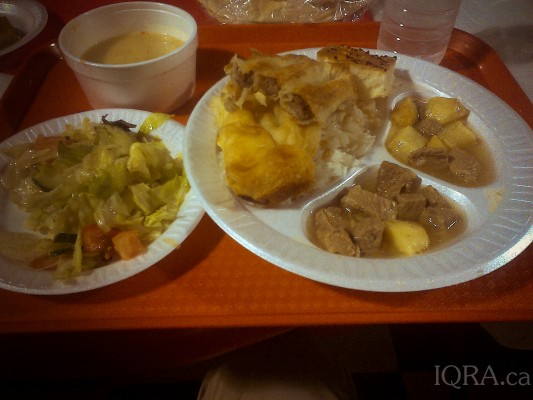 Laylatul Qadr is believed to be the night when the Qur’an was first revealed and during these last ten nights, special prayers are offered.

Meanwhile, the Turkish culture will be on show at the annual Turkish festival that is scheduled to run from August 24 – 26 at Nathan Phillips Square and David Peacuat Square (www.torontoturkishfestival.org).