If you could climb over the mountain of threats and political posturing that are part of the language used by the United States, Europe and Iran and look out, you might see the light of a movie screen. If you set aside the loud clamour in the West about Iran’s nuclear development and the irrationality of its leadership, you might hear the soft but tense voices of characters on that movie screen dealing with one Iranian family’s conflict.

The movie’s female lead, Simin, wears a headscarf, but contrary to stereotypes of Muslim women, also demonstrates self-awareness and strength – evident in her difficult decision to leave Iran with her daughter even if it means separating from her husband. Her daughter, Termeh, is stuck with an impossible choice between her mother and father, Nader, who doesn’t want to give in to his wife’s demands to leave and is too proud to ask her to stay. This is A Separation, an intense family drama that has captivated audiences in Iran and around the world.

Asghar Farhadi’s film has the distinction of being the first Iranian film to win an Academy Award, which it won in the foreign language film category. In addition, A Separation has received a Golden Bear at The Berlin Film Festival, a Golden Globe and dozens of other awards. It has also been the highest grossing Iranian film to date, playing on 24 screens in Iran and in many theatres throughout Europe, Asia and North and South America. However, due to severe economic sanctions against Iran, it might be one of the last Iranian films to make it to international movie screens.

Even though production was temporarily stopped due to a widespread government crackdown on cinema in Iran recently, Farhadi was able to complete the film and eventually took top prizes at Iran’s Fajr Film Festival in 2011. Audiences in Iran and worldwide have found the film compelling because it is meticulously crafted to demonstrate the difficulties Iranians face in behaving with dignity while under enormous social and economic pressures.

Ordinary Iranians, and artists and filmmakers especially, are proud that Iran has once again produced a critically-acclaimed film, one which speaks eloquently about the contradictions and impossible pressures of everyday life – and is garnering prizes worldwide. Many well-known Iranian artists have sent public notices thanking Farhadi for his work. Even Iran’s ex-President Khatami sent a positive message to Farhadi about the film which, for Khatami, represents the strength of Iranian cinema. Moreover, Iranian newspapers, blogs and even an Oscar countdown Facebook page for the film were anxiously and joyfully following A Separation’s American successes. 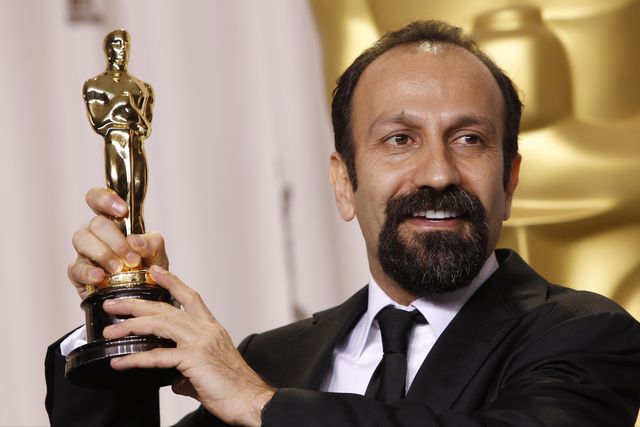 The unspoken context of the film, well-understood by Iranians, is intensifying internal and external pressures. After Simin leaves, Nader hires a woman, Razieh, to help with his ailing father. But restricted by her difficult economic problems and adherence to a strict Islamic code of behaviour, which compels her to consult her local clergy for each important decision, Razieh can’t rely on her own judgment and makes mistakes that spiral into a nightmare for all concerned.

The film helps us understand how every person is restrained by their sense of justice and morality, as well as shaped by their place in society. We watch the unfolding drama through the innocent eyes of an 11-year old girl, who sees her family’s disintegration brought about by small, self-serving lies.

A Separation forces us to take notice of the minor decisions we all make under pressure and helps us realise that our actions have repercussions that shape our world. This is true whether we are secular or religious, upper class or poor, Muslim or from the West. In an international environment that is tense with the drums of war, the film powerfully shows the dire potential consequences of our words, thoughts and our actions.

Accepting the Academy Award, director Farhadi summed up the power of film in these eloquent words: ” [Iranians] are happy not just because of an important award or a film or a filmmaker, but because at a time when talk of war, intimidation, and aggression is exchanged between politicians the name of their country, Iran, is spoken here through her glorious culture, a rich and ancient culture that has been hidden under the heavy dust of politics.”