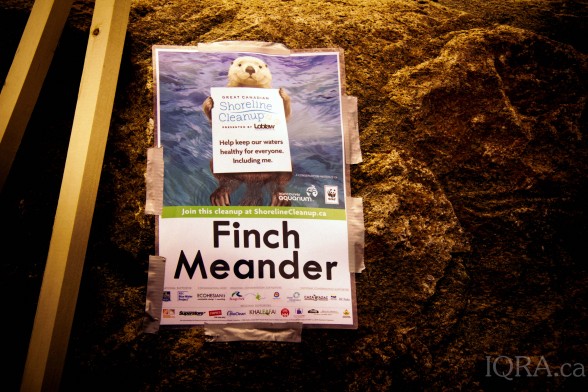 Greater Toronto Area Muslims came out on Sunday to take part in a national environmental program, the Great Canadian Shoreline Cleanup, joining with other citizens who are seeking to reduce the harmful effects of litter on fragile aquatic ecosystems and their surrounding shoreline environments. 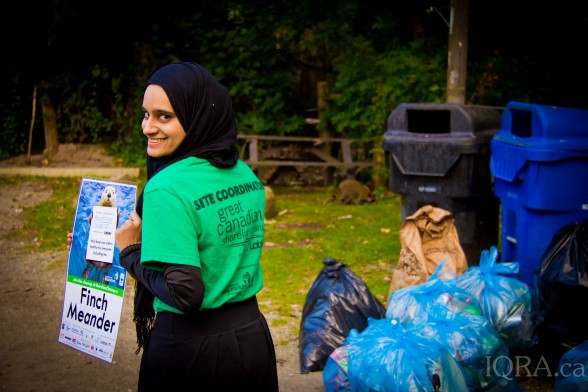 “Shoreline cleanups are important because they are a tangible means to mitigate pollution, reduce threats to wildlife and ecological health, and reconnect people with nature to help keep our shared waters sustainable,” said Aasiya Hussain of Ecohesian Inc. and Site Coordinator of the Great Canadian Shoreline Cleanup at the Finch Meander site.

At the Finch Meander in Rouge Park, located in the north-east of the city, a number of Muslim groups collaborated in the environmental cleanup, including CivicMuslims, Khaleafa.com, Canadian Muslim Fellowship of Scouting, Islamic Institute of Toronto and Pickering Islamic Centre. 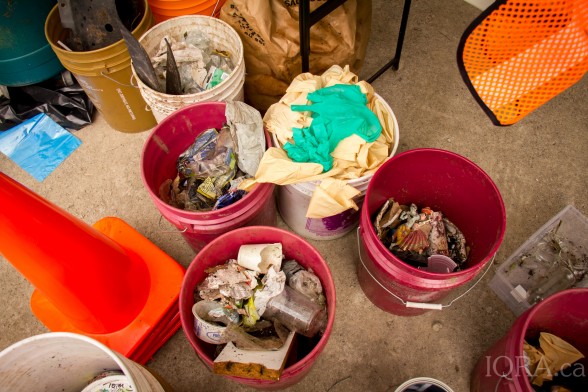 During the cleanup, participants removed harmful items from the shorelines of the Rouge River’s Finch Meander, near the north end of The Metro Toronto Zoo off of Old Finch Ave E, and recorded the type and amount of litter they collected on data cards. 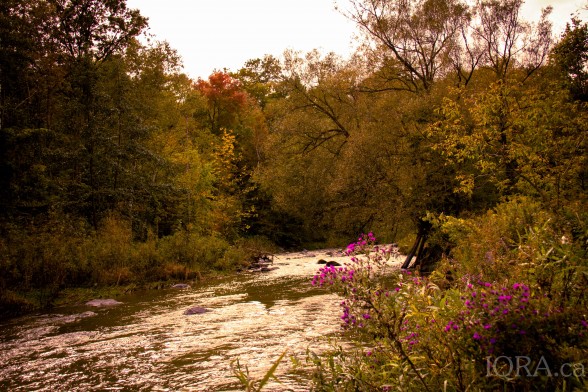 “From our rivers, to our lakes, to our oceans – water connects us all – and as Canadians, we have a strong connection with water,” added Aasiya Hussain. “Our nation has the longest shoreline in the world, 20% of the world’s freshwater, and 7% of the world’s renewable freshwater supply – we’re also blessed with breathtakingly beautiful and essential natural capital.”

In 2002, the Great Canadian Shoreline Cleanup emerged as a national program, providing all Canadians the opportunity to make a difference in their local communities.

Meanwhile, a group of students from the University of Toronto came out to another site at Cherry Beach to take part in the Shoreline Cleanup as part of a monthly program at the university that seeks to actualize virtues through a community service project. 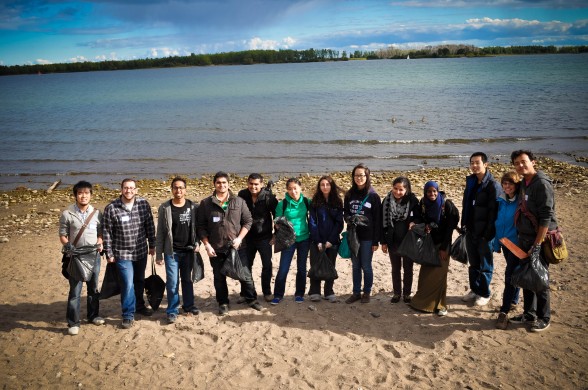 “Our Shoreline Cleanup was organized by the Multi-Faith Centre and Volunteering with Virtue, with help from a number of other organizations, including Common Ground Project, Hillel, Muslim Students’ Association, and Faiths Act, UofT,” said Ishraq Alim, one of the organizers.

“Volunteering with Virtue is a once-a-month project that brings together students and youth of different faith backgrounds to discuss common virtues and to work together on a community service project,” added Alim. “This month’s theme was Environmental Preservation.”

Following the cleanup, the students reflected on the day’s project. 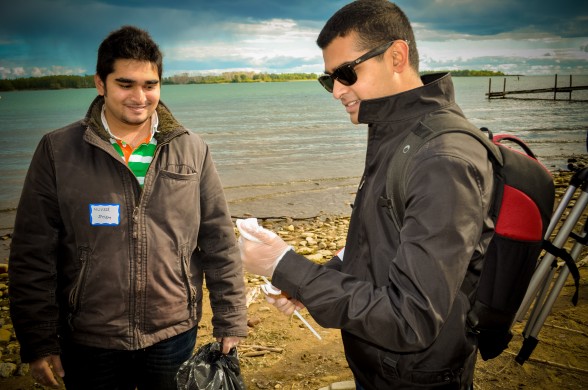 “We discussed what we came out of the event,” said Ishraq Alim. “Some students were quite impressed at the efforts of Toronto Parks Services at keeping the beaches clean, while others were quite surprised by the level of small and unusual items that were left on the beach, such as cigarette butts, drinking straws, personal hygiene material and a coconut.”

Shoreline Cleanups started appearing in every province and territory, and by 2011, the Shoreline Cleanup celebrated its 18th anniversary with more than 56,000 volunteers. 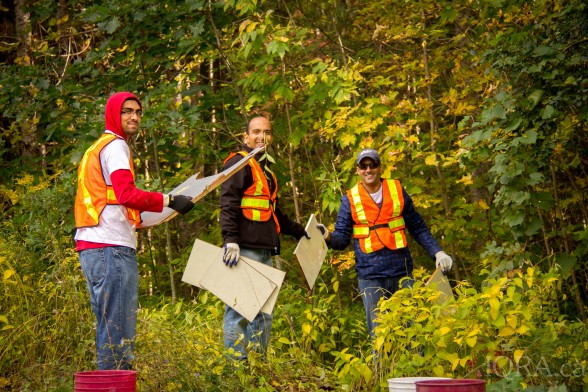 Over the following years, the Great Canadian Shoreline Cleanup has continued to expand its reach and influence, aided by the support of sponsors, donors, and partners, such as WWF Canada, who became a full partner of the Shoreline Cleanup in 2010.

Today, it is recognized as one of the largest direct action conservation programs, as well as the most significant contributor to the International Coastal Cleanup in Canada. 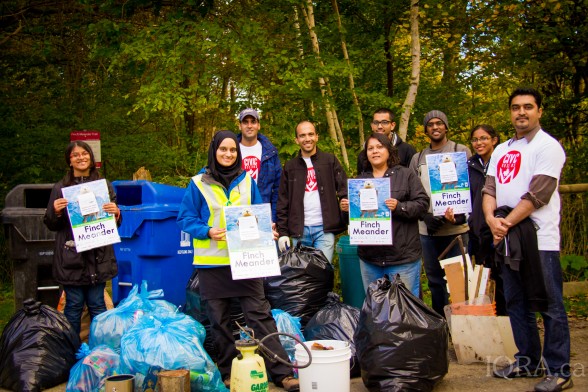 In the west end of the Greater Toronto Area, Muslims also took part in the shoreline cleanup. 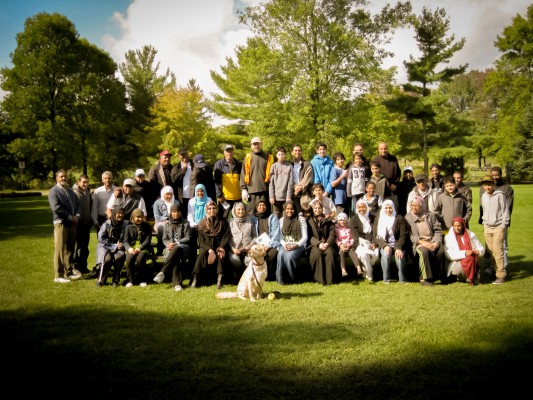 “Faith of Life Network and Sayeda Khadija Centre volunteers were at Meadowvale Conservation Park last Sunday to participate in the Great Canadian Shoreline Cleanup,” Imam Dr. Hamid Slimi told IQRA. “More than 60 volunteers showed up and cleaned up the shoreline.”

“The efforts of today’s volunteers and supporters were inspiring, bringing together government officials, ENGOs, civil society, the corporate sector, educational institutions, and faith-based communities” said Aasiya Hussain. “Our collective efforts became a tangible means to keep our shared waters and environment sustainable, while leaving a positive national legacy for generations to come.” 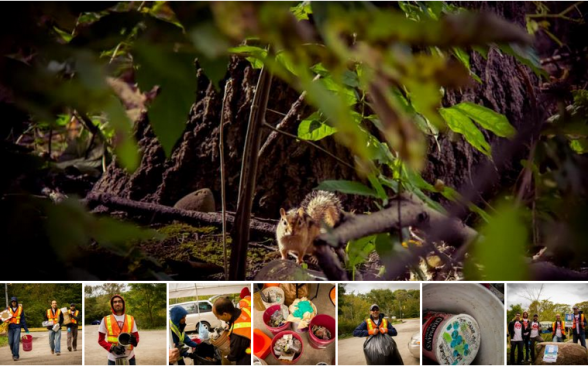