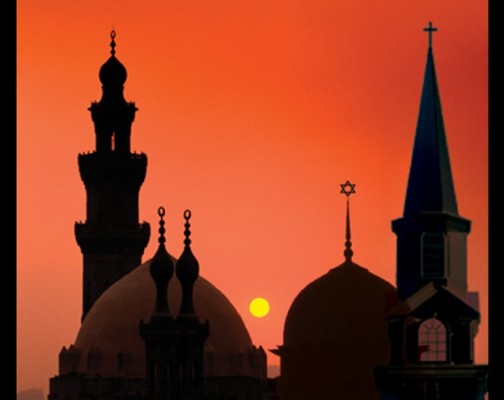 “Canada is the second Holy Land”, said a Christian American visitor from Atlanta, Georgia. He was part of a group of 15 Muslim, Jewish and Christian Americans who called themselves World Pilgrims and travelled to Canada to learn from and dialogue with members of its different faith communities. Historically, the Holy Land accommodated all three Abrahamic faiths, like three siblings living in the same home, and this was how Canada, with its mosaic of different faiths, felt to this young visitor.

The group travelled to Canada through the aptly named World Pilgrims programme, which is run by the Atlanta-based organisation Interfaith Community Initiatives. Pilgrimage, an important part of all three Abrahamic faiths, provided a way for the group to understand the practices and beliefs they had in common – including the important theme of caring for the earth.

The pilgrimage’s theme was specifically centred on water, both because the conservation and usage of water is an essential component of efforts to combat climate change, and because it plays a significant role for worshippers in each of the three Abrahamic traditions. By deepening their understanding of the role water played in each faith tradition, the participants were able to understand water conservation efforts in a new light.

The participants were led by a group of religious leaders, which included imams, pastors and a rabbi. Through the World Pilgrims programme, they visited the Jami Mosque in Oakville, Canada, which is run by the Islamic Society of North America (ISNA), as well as the Holy Blossom synagogue in Toronto, among other houses of worship.

The participants, led by the religious leaders, looked at the significance of water in the Muslim, Christian and Jewish traditions and how it functioned as a blessing.

Rabbi Ellen Nemhauser spoke about the many ways that water is part of the Jewish tradition. She discussed the parting of the Red Sea for Moses and the Israelites during their exodus from Egypt, and the mikvah, or ritual bath, which is used for ceremonial purification.

Rabbi Nemhauser’s words were followed by a presentation by Reverend Jill Ulrici, who spoke about the many significant water stories in the Christian tradition, including the ritual of baptism, Jesus turning water into wine and Jesus walking on water.

The group then looked at this theme in the Muslim tradition. Tayyibah Taylor, Editor-in-Chief of Azizah Magazine, which describes itself as “the world’s window to the Muslim American woman”, and an organiser of the World Pilgrims programme, spoke about the descriptions of water in heaven and the practise of washing before prayer.

“The words of these leaders drove home the point that water is spiritually significant and there is a huge responsibility for all to be conscious of their impact on the earth,” added Tayyibah.

On the way back to Atlanta, the group stopped in Fort Erie, Ontario and met with a spiritual healer from the Native American Mohawk Clan. She spoke about women in the Mohawk tradition being the “keepers of waters” and discussed a ceremony in which grandmothers walk around the Great Lakes praying for the waters to be healed – as clean water is a necessity for both people and the preservation of nature’s ecosystems. This meeting reinforced the idea that people of faith must not only

“Interfaith visits such as the World Pilgrims are beneficial for the broader community at so many levels. Also, such visits by people motivated by a love for spirituality and learning is humbling and inspiring, and invites us to follow in their footsteps,” concluded Dr Kathy Bullock, a Muslim Canadian participant.

Through this interfaith road trip, the World Pilgrims were reminded of the important role water plays both in their faiths and in their lives. Water purifies; it’s the source of life. Their experience served as a reminder to be conscious of its importance and to be aware of their actions – both as inhabitants of the earth and as people of faith. Just as we depend upon water, we also depend upon each other to preserve the earth’s beauty.

* Habeeb Alli is a freelance writer for the Ambition Newspaper and the author of 14 books on Islam and poetry, which can be found on www.muslimsincanada.ca. This article was written for the Common Ground News Service (CGNews).