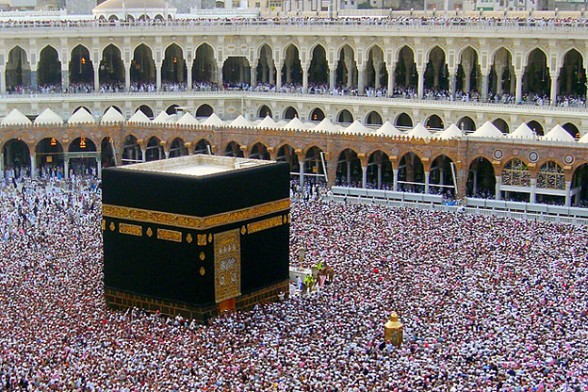 Muslims in North America and around the world will observe Eid ul-Adha on Friday, October 26, 2012.

Saudi Arabia has declared that the day of Arafah will be on Thursday, October 25, 2012.

Accordingly, they have declared that Eid ul-Adha will be on Friday, October 26, 2012.

Meanwhile, the Hilal Committee  of Metropolitan Toronto has also announced Eid ul-Adha will be on Friday, October 26 as “there have been numerous reports of verified sighting of Hilal on the eve of 29th Zhul Hijjah 1433, Tuesday 16th October, 2012 from within the parameters of the Hilal Committee of Toronto, namely Barbados & Trinidad. Therefore the month of Zhul Hijjah will be on Wednesday the 17th of October, 2012”