The ISNA Youth Food Bank Committee and the experts from EcoSource partnered up for the first ISNA Mosque Community Planting Day this past Saturday.

The joint venture took place at the Iceland Teaching Garden in Mississauga and involved weeding the community garden, mulching and tilling the site and planting vegetables for the upcoming season.

Despite the rain in the morning, spirits were high among the youth who volunteered their time and energy for the project. 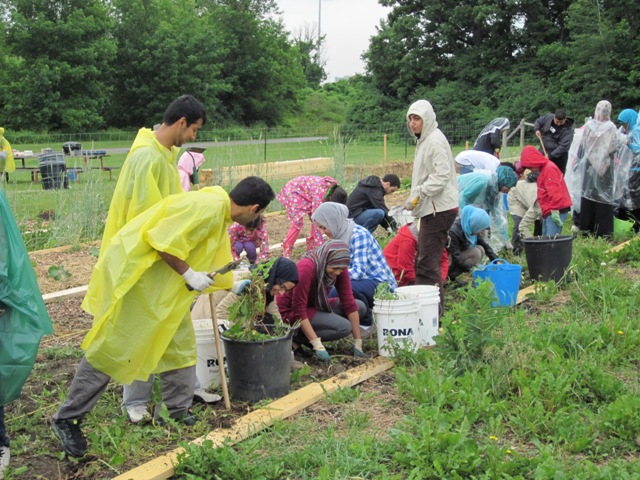 The event was also attended by CivicMuslims, a grassroots initiative promoting civic engagement, who also contributed towards the promotion of the event.

Members from the general community were also invited to attend and dropped by throughout the day to show their support.

This initiative is part of EcoSource’s Growing for our Good program whose goal is “to build volunteers’ skills in organic and sustainable urban food production through hands on education.” 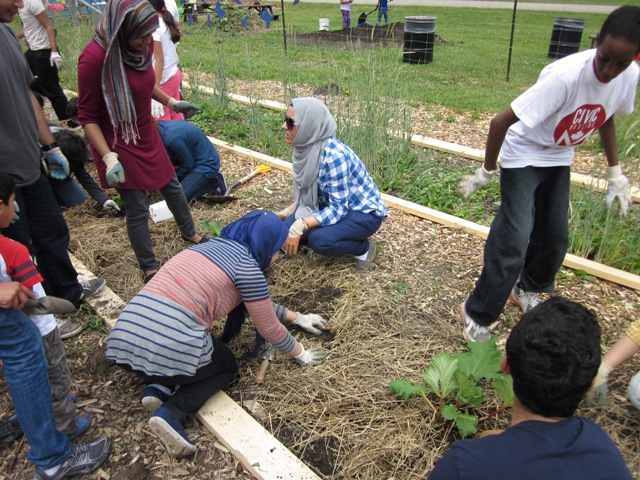 The crop that is grown will then be donated to the Eden Community Food Bank through the Mississauga Sustainable Agriculture Project (MSURA) project.

This project parallels the mandate of the ISNA Youth Food Bank, which has grown to serve over 150 families in the west end of the Greater Toronto Area.

For more information about the ISNA Canada Food Bank and EcoSource, please visit: 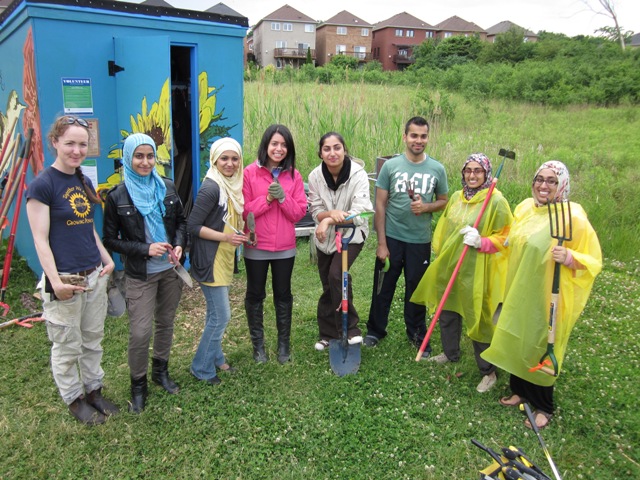 *Muaz Nasir is a Muslim Canadian environmentalist living in Toronto. He is the Publisher of Khaleafa.com