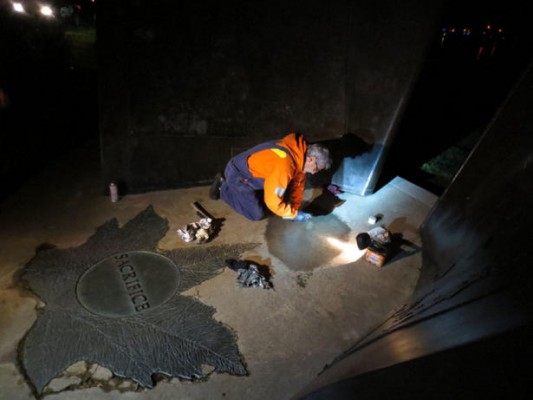 A Canadian Muslim advocacy group, the Canadian Council on American-Islamic Relations (CAIR-CAN), has condemned the vandalism of a war memorial that took place on Remembrance Day in Toronto.

News media reported that the site located at Coronation Park at Lake Shore Boulevard and Strachan Avenue was vandalized with the words, “Canada will burn praise Allah”.

“We call on witnesses to step forward to assist police in finding the perpetrators of this sacrilege. Both Islam and Canada’s proud heritage are denigrated by this ignorant act,” says Ihsaan Gardee, Executive Director at CAIR-CAN.