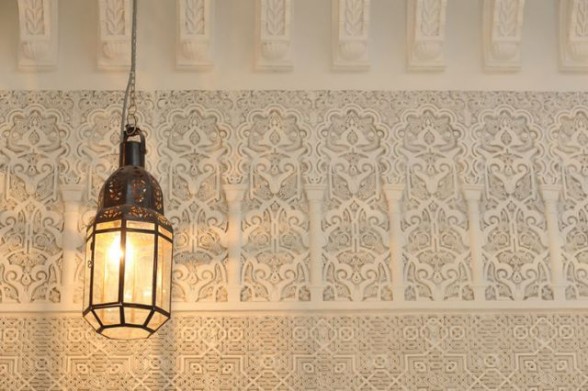 Canadians are marking Islamic History Month during October and organizers are hoping thousands of Canadians – Muslim and non-Muslim alike – will gather in several major cities over the next four weeks to celebrate the 2012 theme of Islamic Contributions to the Arts.

National chairperson Wahida Valiante expressed gratitude and appreciation for numerous volunteers who have helped make each year’s celebrations a multicultural success since IHMC was launched in 2007.

She noted the growing public and organizational support the program (an outreach of the sponsoring Canadian Islamic Congress) has received across Canada, including half a dozen cities who have officially proclaimed Islamic History Month in their own civic jurisdictions.

“Without the enthusiasm and interest of Canadians whose roles and responsibilities influence public understanding and opinion, Islamic History Month could not have become the national cultural success that it has,” Valiante said. 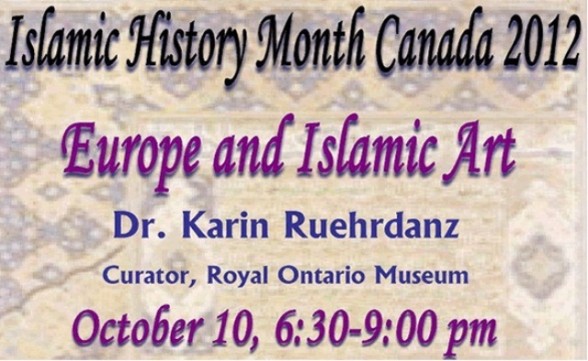 This year’s featured keynote speaker is Dr. Karin Ruehrdanz, Curator of Islamic Decorative Arts at the Royal Ontario Museum and Professor in the Department of Middle Eastern Civilizations at University of Toronto.

Dr. Ruehrdanz will present illustrated talks on “Europe and Islamic Art” in London, Toronto, and Kingston ON, and in Saskatoon SK.

The Ottawa Police Service held a public reception at its headquarters (474 Elgin St.) and will display an Islamic History Month banner and information about IHMC events throughout October.

The Toronto District School Board has also made IHMC welcome throughout its system, publicly recognizing the contributions of Muslim students and educators to the intellectual and cultural wealth of the city and province.

In recent years, the TDSB has encouraged the use of IHMC resources, such as multi-grade workbooks developed to introduce students to Islamic history and culture (and which are also available for downloading from the IHMC website).

Public libraries have taken a leading role in promoting IHMC by participating in exhibits and documentary screenings. The following libraries are participating throughout October 2012:

Full schedule and details are available at www.islamichistorymonth.com or through the IHMC FaceBook page link: http://www.facebook.com/pages/Islamic-History-Month-Canada/322440464106