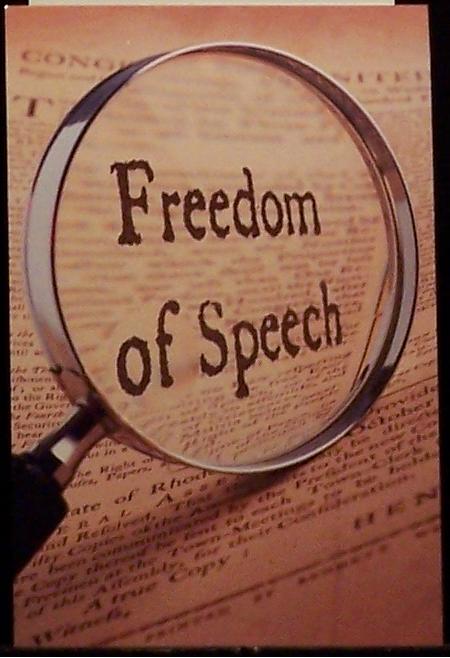 Weeks after an anti-Islamic film created by an Egyptian in California sparked controversy and sometimes violent protests around the world, debates about freedom of expression continue. Some have advocated limiting the right to use free speech to denigrate religions, both to respect religious sensitivities and to protect religious virtues, such as reverence for the sacred. But it is worth asking: are freedom of speech and upholding religious virtue inherently in conflict with each other?

As a Catholic American, I was raised to believe in the importance of both freedom of speech and religious virtue, and that properly used each can strengthen rather than weaken the other.

Clearly, freedom of speech can be used to wound others. The anti-Islamic film was deeply insulting to a beautiful religion. Americans were likewise wounded by the burning of our flag and hateful chants such as “We will destroy America like this flag”. Freedom of speech can also be used to promote unfair stereotypes or incite collective blame—such as blaming America or the US government for the actions of one individual filmmaker, or blaming Islam for the violence of certain individual groups. Free speech laws in the United States allow the creation of films and other materials —whether anti-Islamic, anti-Christian, or anti-American. Some see this as threatening religion.

However, freedom of speech is also intended to protect religion. What if, for instance, someone were offended by Islam and wanted to ban talking about it or preaching it? Without free speech, other freedoms—including the freedom to practice religion—are endangered.

In addition, while freedom can be abused in immoral ways, it is also what makes morality possible. Respecting God and religion can have little meaning unless one has the freedom to do otherwise. For example, many Christians and Muslims believe that God gives us free will, which we then freely submit to God. Without freedom, we have nothing to submit, and thus our opportunities for true piety are taken away.

How then should we respond when our religions or countries are insulted or attacked?

First, we can reject attempts to falsely paint America and Muslims as enemies. During the attack last month on the US consulate in Benghazi, it was Libyans who tried to rescue American Ambassador Christopher Stevens, and Libyans who denounced the attack and expressed solidarity with America.

At the same time as the attacks on US embassies, the US government was hosting an Eid celebration honouring Muslim contributions to America and the world. We can join initiatives, like the American-Islamic Friendship Project and the Soliya Connect Program, which are devoted to building cross-cultural understanding and cooperation.

Secondly, we can use free speech to condemn hate speech and to point out the fallacies of prejudice. This week, after a group posted advertisements that were offensive to Islam in subway stations in Washington, DC, an American Christian group, Sojourners, funded counter-ads saying “Love Your Muslim Neighbor”, in addition, an individual at one stop covered the offensive sign with notes saying, “If you see something hateful say something peaceful.”

Finally, we can show the world the best of our religion and culture, demonstrating the futility of denigration. The Qur’an teaches: “Repel [evil] by that [deed] which is better; and thereupon the one whom between you and him is enmity [will become] as though he was a devoted friend” (41:34). In America, the 9/11 Day Movement was begun to encourage people to perform good deeds in tribute to the 9/11 victims; more than 30 million people engaged in good deeds and charitable service in remembrance last year.

What if each attack or insult could motivate us to counter with acts of kindness, to help others and honour the best values of our religions and cultures?

* Rebecca Cataldi is a conflict resolution specialist in Washington, DC. This article was written for the Common Ground News Service (CGNews).