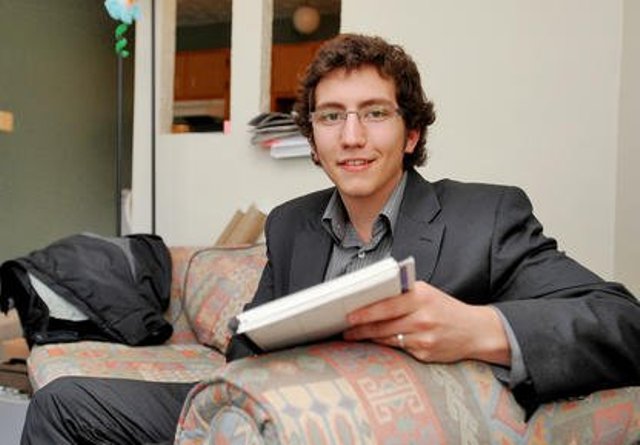 (May 20, 2011) – Growing up, you’ve probably heard of the quote: “Leader’s aren’t born, they are made”, and how like everything else in this life that we want to achieve, we must have the will and work, and be energetic and demonstrate dedication.

I bring up the topic of working hard and with dedication, as often times, we fail to do so.

We tend to have an attitude of nonchalance or have little passion for current affairs.

Simply having a mind set that “others will tend to it” is unfortunate to say the least.

This disinterested attitude in our community and society must end.

The time has come that we advance and make a positive difference in our neighborhoods and communities.

And what better time to do so than to look around us and be inspired!

From the Federal elections which took place on May 2nd, 2011, Pierre-Luc Dusseault, at 19 years and 11 months old, is the youngest person ever elected to parliament.

He was one of several students elected as NDP MPs from Quebec.

Mr. Dusseault broke the record previously held by Liberal Claude-André Lachance, who was elected in 1974 when he was only 20 years and three months!

Pierre-Luc said that he knew what he was getting into and that his “goal was victory”, and that he “knew [I] could win.”

This is the mindset and attitude we should be inspired by.

No matter how big or small the goal may be, if you believe in yourself and have a persevering attitude, nothing can go wrong.

God has made us all unique and has given us all an intellect which we are responsible to use for the good of society.

Pierre-Luc Dusseault further stated that what encouraged him to run was the fact that people wanted change and desperately wanted to send a young person into politics.

He said:”…That’s what encouraged me to run, to propose something new for the people of Sherbrook.”

Being the youngest MP in our parliament, we can guess what his area of focus will be:”… it’s clear that youth will be important for me, to be, if you like, the representative of all Canadian youth. That will cover education. It will be something that I will work on, like Nike Ashton, who has already worked very hard on this. I’ll work with her to try and advance those files.”

The intentions of the young MP, Pierre-Luc Dusseault, are a heads up for all our youth to also begin to take a positive role in society.

If you’re voting age next time elections come around, make sure to vote.

If you’re given the right to be a part of the electoral process, no matter how old you are, make sure to make a difference.

Let us all look around at the examples of youth who have taken action from a very early age and be inspired by them.

*Nida Shamsi is a Grade 11 student at the Islamic Foundation of Toronto School.