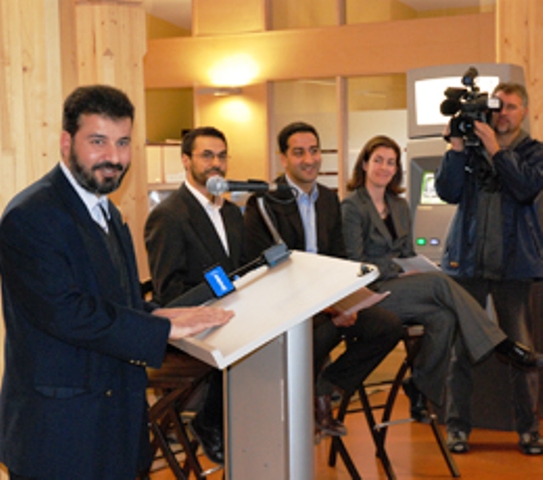 (May 1, 20110) – The Imam at Winnipeg’s mosque, the Manitoba Islamic Association, surprised the congregation on Friday when he said Muslims should not vote for the Conservatives in his Khutba (Friday sermon).

According to the Winnipeg Free Press, Imam Hosni Azzabi told worshipers that the Conservatives should not be supported in tomorrow’s election.

“We cannot vote for you,” the Imam said of the Conservatives.

The newspaper reported that Imam Azabi told the gathering that Canada used to work for peace in the Middle East, but now it’s taking sides, “With the Conservative party, we have decided to shift that mission and to shift that position and to blindly support one side.”

Members of the mosque’s board were taken aback by the imam’s sermon, and issued a statement after the service: “The Manitoba Islamic Association (MIA) is a charitable, non-profit, and non-partisan organization. The political views expressed by MIA-employed Imam Hosni Azzabi and approved by president Naseer are their personal views and must not in anyway be considered the official views of the executive council (EC) of Manitoba Islamic Association (MIA).”

Shahina Siddiqui, president of the Islamic Social Services Association tried to explain the Imam’s comments saying that he is a newcomer (from Tunisia) to democracy which may have something to do with it.

“There is absolutely no freedom of expression there,” she said of Tunisia, according to the Winnipeg Free Press report.