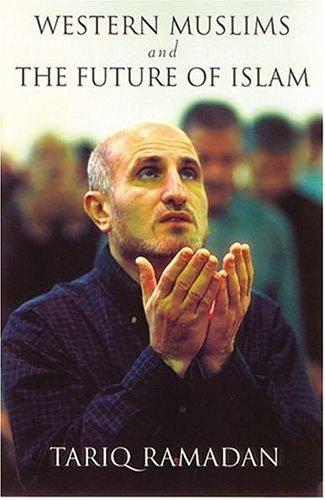 There is no Western country, from Canada to Australia, by way of the United States and Europe, where “the question of Islam” is not intensely debated.

Not only populists and extreme right-wing parties express concern over the new—and for them problematic—presence of the Muslims, but also traditional political parties, intellectuals and media, are joining the chorus.

Islam is perceived as a non-Western religion and Muslims are targeted as second-class citizens: outsiders within who must still prove their loyalty.

But this transnational Western perception contradicts all available facts and figures.

In fact, the historical reality is quite different.

The Western Muslims’ recent history is indeed a success story.

Within two to four generations, depending on the country, they have achieved a great deal.

With educated newcomers (such as in theUnited Statesor inCanada) or modest worker primo-migrants (such as in Europe orAustralia), Muslims have succeeded in many fields.

The second, third and onward generations are now much more knowledgeable about their respective countries.

Surveys and statistics such as those published by the Gallup Institute show that Western Muslims now feel at home in the West.

They speak the languages of their countries, abide by the laws of the land and feel more and more a sense of belonging, all of which has a vital psychological effect.

From a religious and cultural viewpoint—above and beyond problems that require specific social and economic policies—it is clear that the situation has improved tremendously.

While striving to remain faithful to the fundamental principles of their religion, Muslims have developed a critical attitude towards some of the cultural particularities their parents brought from the countries of origin.

No one can deny that scholars and intellectuals have provided new religious thought and understanding to Western Muslims.

The mainstream Islamic Western discourse underlines the fact that there is no contradiction between being both a Muslim and a Westerner.

Moving beyond this necessary first step, we now see young Muslim women being vocal and committed in demanding their rights in the name of Islam and standing against literalist and cultural distortions of it.

The young generations are leaving the geographical, social, cultural, political and intellectual ghetto.

We find them, more and more, in mainstream debates: not only in sports and music, but in national institutions, universities, NGO’s, political parties, the media, to name but a few.

This new visibility is the very sign of success: integration is working; a new post-integration era has begun.

Western Muslims are Westerners: they feel and behave as such.

While it is impossible to get a complete overview of Muslim achievements over almost three generations, we should acknowledge that it is already significant and holds even greater promise.

Western Muslims are going to surprise the world!

Yet just as these successes are taking place, the populists, the extreme right-wing parties, the racists and the xenophobes are talking about “the failure of integration.”

As the Muslims are emerging from the old symbolic and real ghettos, sections of Western societies perceive their visibility as a sign of “non-integration.”

True integration, for the critics, would have Muslims become invisible, assimilated and perhaps less Muslim.

Muslims are seen by some insecure Westerners as “the other,” those who are threatening “us” from within, those against whom we need to “unite.”

They represent the vanguard of the waves of immigration that are continuously colonizing “our” countries.

The very essence of Western culture is in danger and Islam—seen as a non-Western religion—is a threat, just as Muslims are the useful “other,” if not the enemy.

But within the context of globalization, the nation-state as we know it is facing a deep crisis.

From the United States all the way to Australia, the same anxious questions arise: what binds us together? what is the meaning of our “nation? what is the essence of our “community of destiny?

Muslims, of course, are not the cause of the West’s crisis but their presence reveals its scope and its profound reality.

Muslims are indeed acting as a mirror.

They are, paradoxically, the victims of their success.

The more they belong to their countries, the more politicians and media perceive and redefine them as “outsiders,” “others,” “aliens,” “threats.”

Though the situation seems critical, what we see is little more than a normal and temporary process.

It is a matter of time; we can look forward to positive developments within the next two generations.

Historical migration patterns point to a long process of settling down and feeling at home (for the new comers), while the welcoming societies experience tension as they redefine the common “home,” and rewrite the common “narrative.”

The process will take generations; it cannot be completed from one election to the next.

The story of Western Muslims is already and truly a success story.

But it will experience inevitable setbacks.

Attack, rejection and discrimination will remain the sad reality for some time to come.

Muslims should face up to their responsibilities by avoiding both the victim’s mentality and a reactive attitude.

It is high time for them to define their own challenges at the centre instead of responding to attacks at the periphery.

They need to go forward, to assess the fundamentals of their religion that should be protected, to start an intra-community dialogue between different Islamic traditions and trends.

Their vision for the future should focus on their contribution—as both Muslims and Westerners—in all fields.

They will have intellectual, social, political contributions to make.

What do Muslims have to say about spirituality, education, philosophy, the environment, food, consumerism, and the economy; about applied ethics both in science and society?

These are the true, long-term challenges that will remain, while the short term problems they face today will surely disappear over time.

To remain faithful to one’s principles and to feel at home in a new environment is a real achievement.

The greatest success however will be their contribution to a better future.

This in turn means not being tolerated for who you are, but rather being respected for what you give.

Surely a challenge—and a stimulus—for creative hearts and minds!