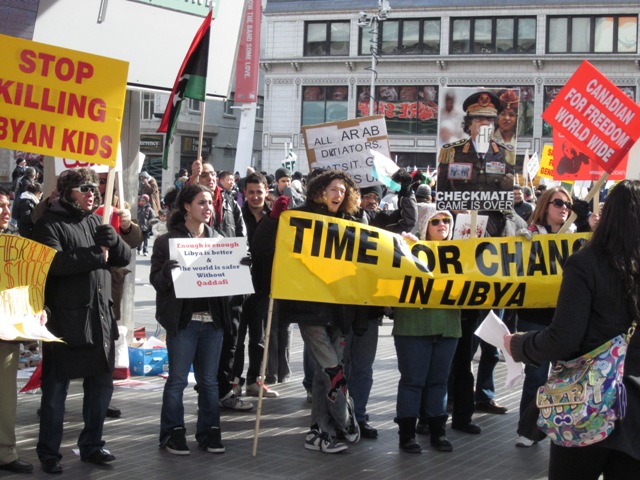 (February, 24, 2011) – Toronto Muslims will be offering special prayers tomorrow for the victims of the Libyan government crackdown on pro-democracy demonstrators in the country.

At the Islamic Institute of Toronto located in east end of the city, a funeral prayer in absentia (Salaatul Janaazah – ala al-gha’ib), will be held after the Friday congregational prayers.

“As we pray for the safety of the those who are still living to witness the atrocities, we encourage you to join with us in Salaatul Janaazah (ala al-gha’ib) for those deceased who may not have had the opportunity for a funeral prayer, and to send a clear message to the iron-fisted dictators that even as they deprive the deceased of their rights, there are people all over the world who will stand up and assert their rights for them,” said Farhad Khadim, President of the Islamic Institute of Toronto.

Other mosques across the city will also be offering supplications as local Muslims have been deeply moved by atrocities being unleashed against innocent civilians by the Gaddafi regime.

Last Sunday, about 350 people gathered in Toronto’s Yonge-Dundas Square to rally in support of anti-government protesters in Libya.

At Masjid Toronto located in downtown Toronto, a night vigil (Qiyam-ul-Layl) is to be held starting at 8 pm on Friday evening and it will continue until 6:30 am Saturday morning.