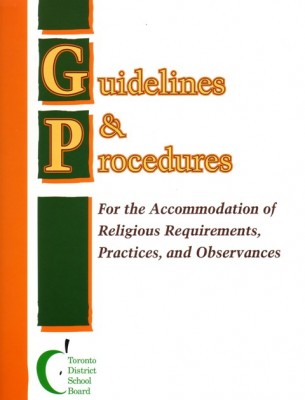 (July 7, 2011) – A national Muslim civil rights organization has commended the Toronto District School Board (TDSB) for defending the religious accommodation of young Muslim students at the Valley Park Middle School in Flemingdon Park.

The Canadian Council on American-Islamic Relations (CAIR-CAN) made the remarks in a statement about the controversy.

Valley Park Middle School allows Muslim students to remain at a school on Friday’s to perform congregational prayer.  This accommodation has been practiced by this particular school for three years without complaint.

“The accommodation made is in line with Federal and Provincial human rights laws which make it clear that service providers, including public schools, must accommodate religious needs to the point of undue hardship,” added Gardee.

According to the CAIR-CAN statement, other groups that have endorsed its position include the Hindu Canadian Alliance (HCA) and the World Sikh Organization of Canada (WSO).

Earlier, a spokesperson for the school board said that the issue is not about bringing religion into the school but about reasonably accommodating its large Muslim school body.

“This is not about religion in schools, it’s about religious accommodation,” Toronto District School Board spokesperson Shari Schwartz-Maltz told The Canadian Press on Wednesday, July 6.

“It’s provincial only in that it’s mandated by the Ontario Human Rights Code.”

The TDSB introduced a religious accommodation policy in 2000 in order to ensure it was in compliance with human rights legislation.