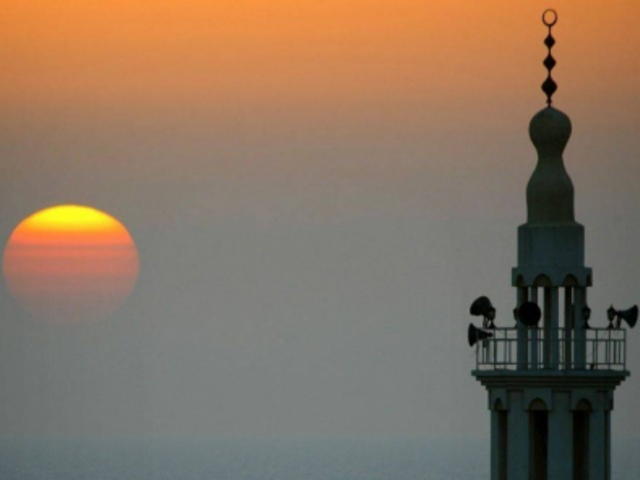 Although no reason was given for Gardee’s resignation, CIC’s press release stated that, “the financial crunch faced by the Congress did not permit us to sustain his [Zijad Delic] much-needed and valuable position, held since November 2006.”

The fact of the matter is both organizations are feeling the financial crunch in these tough economic times.

It is becoming increasingly difficult to convince people to donate so that these organizations can carry on their important work of defending the civil liberties of Muslims here in Canada.

I was chatting with someone last night online regarding this pressing issue and he stated that “what we are now witnessing with our NGO’s being disintegrated is the direct result of Mosque projects.”

In other words a tremendous amount of money is being poured into bricks and mortar and as a direct result no money is left over for NGO’s which provide a valuable long-term service for the community.

We are left to think that building a Mosque will gain us  an eternal home in paradise, but that there is no reward for defending human rights.

My friend also said, and I agree with him, that “unless prominent members of the community speaks out against building more Mosques this problem will not stop.”

Back in November I wrote an article in which I stated the following:

“I am calling on the Muslim community here in Ottawa, effective immediately, to put in place a 10 year moratorium on building Mosques or Islamic community centers.

“I am further calling on the community to direct precious financial resources which can be used in protecting our rights, as well as promoting social responsibility as citizens of this country we call home.

“I want these resources to be used towards creating writers, critical thinkers, grassroots activists and articulate speakers who possess the ability to speak to the wider Canadian public.

“Furthermore, we need a sound scientific study regarding the real needs of our community, and I am sure those needs do not include more Mosques, the construction of which is costing us millions of dollars.

“No more bricks and mortar.

“I want us to develop our brain power.”

I am today repeating that call for a moratorium and further stating that protecting human rights is more of a rewarding act than building a Mosque.

The rights of human beings take precedence over bricks and mortar.

I am the voice of one crying in the wilderness.

I am calling on my brothers and sisters to take heed.

You are playing with fire if you allow the disintegration of our NGOs to take place and be left in a state where no one will advocate on our behalf.

We must stop this complacency now and make the defense of human rights our number one priority.

We are betraying the call from Allah who has ordered us to establish justice on this earth and have instead reduced our deen (religion) to a set of rituals and disputes over right aqeeda (doctrine).

We must reclaim the human rights tradition within our faith and support these important initiatives or we will wake-up with a very severe hangover after a dark night of drinking from the well of intoxicating complacency.